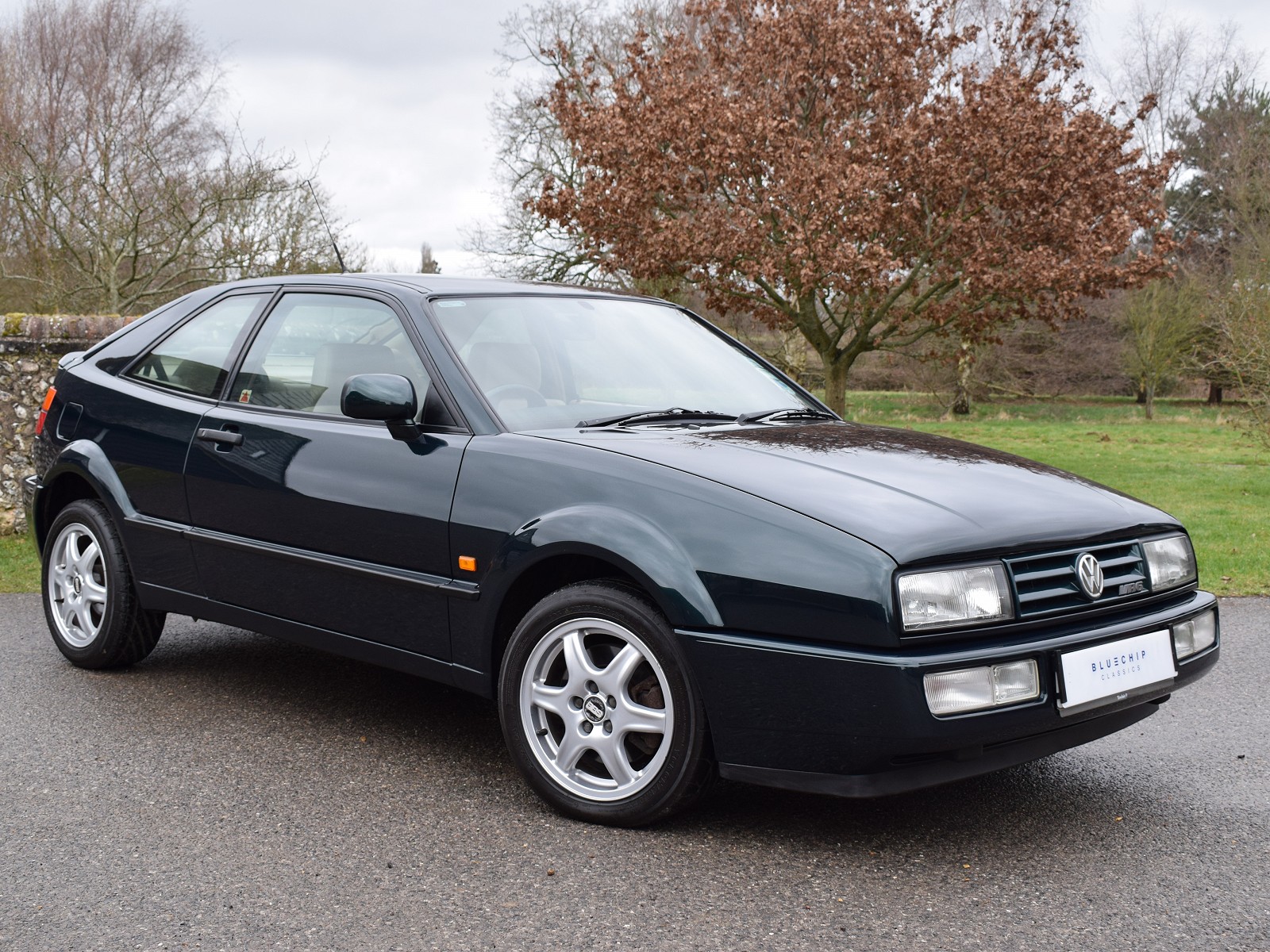 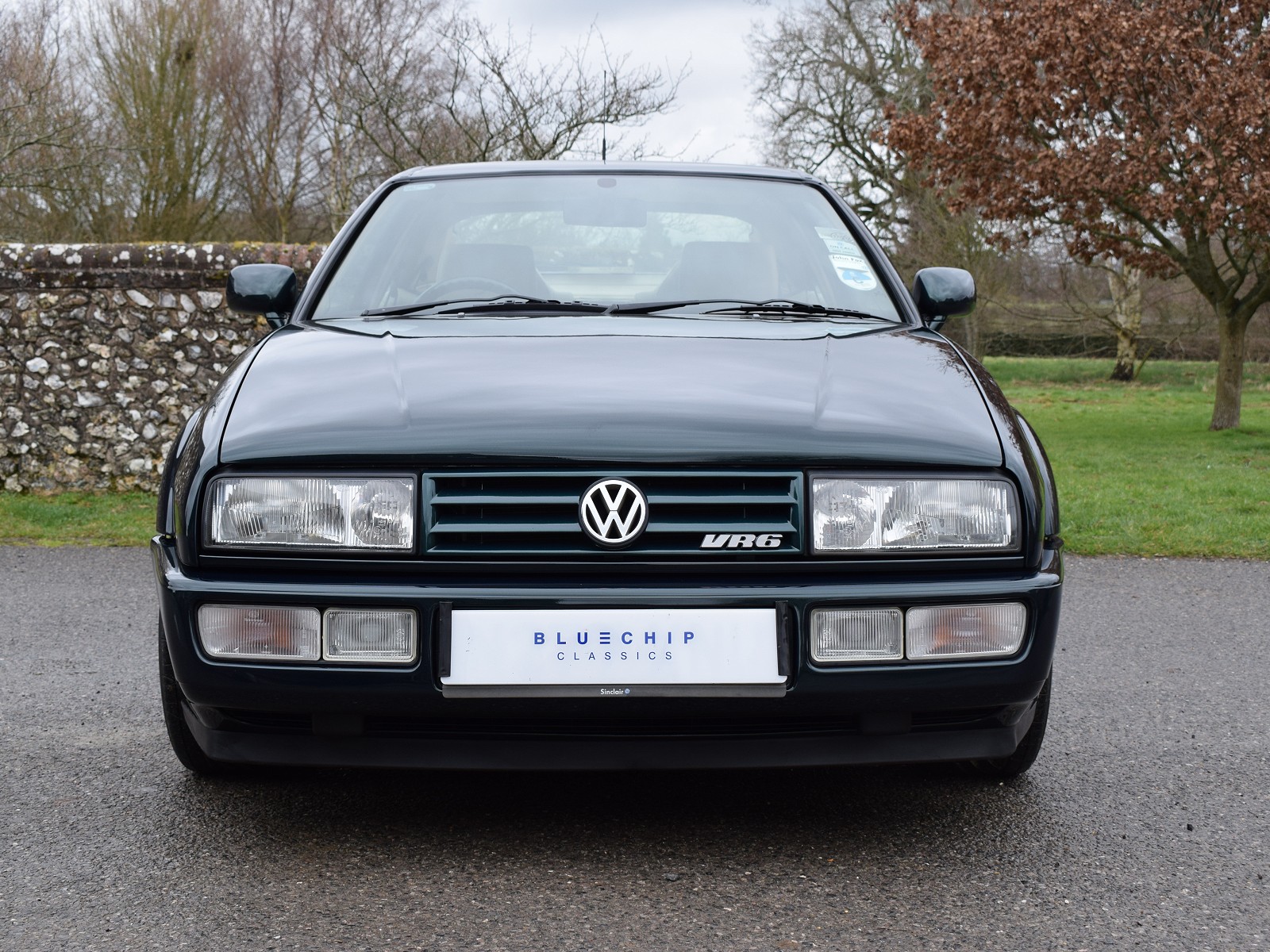 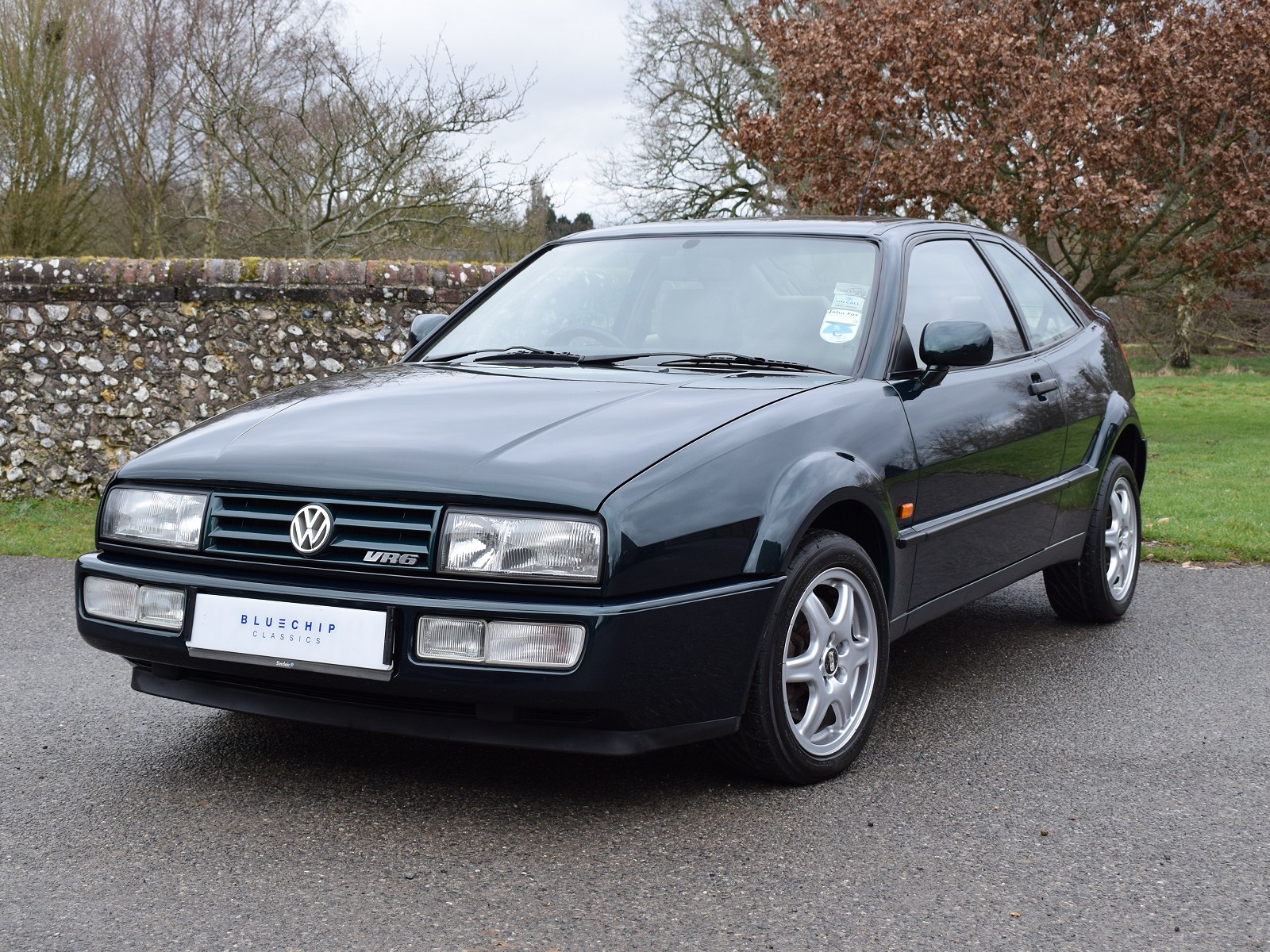 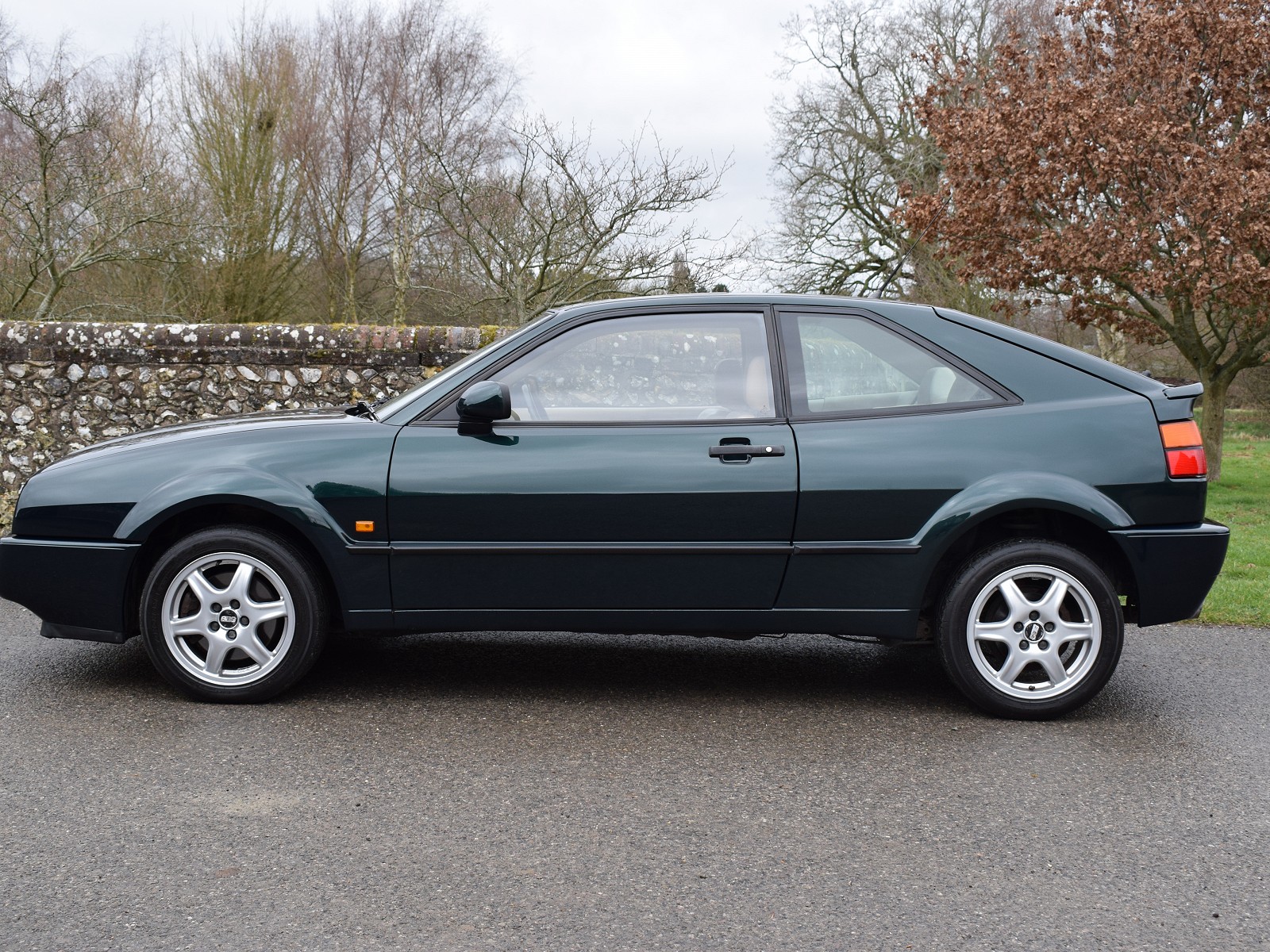 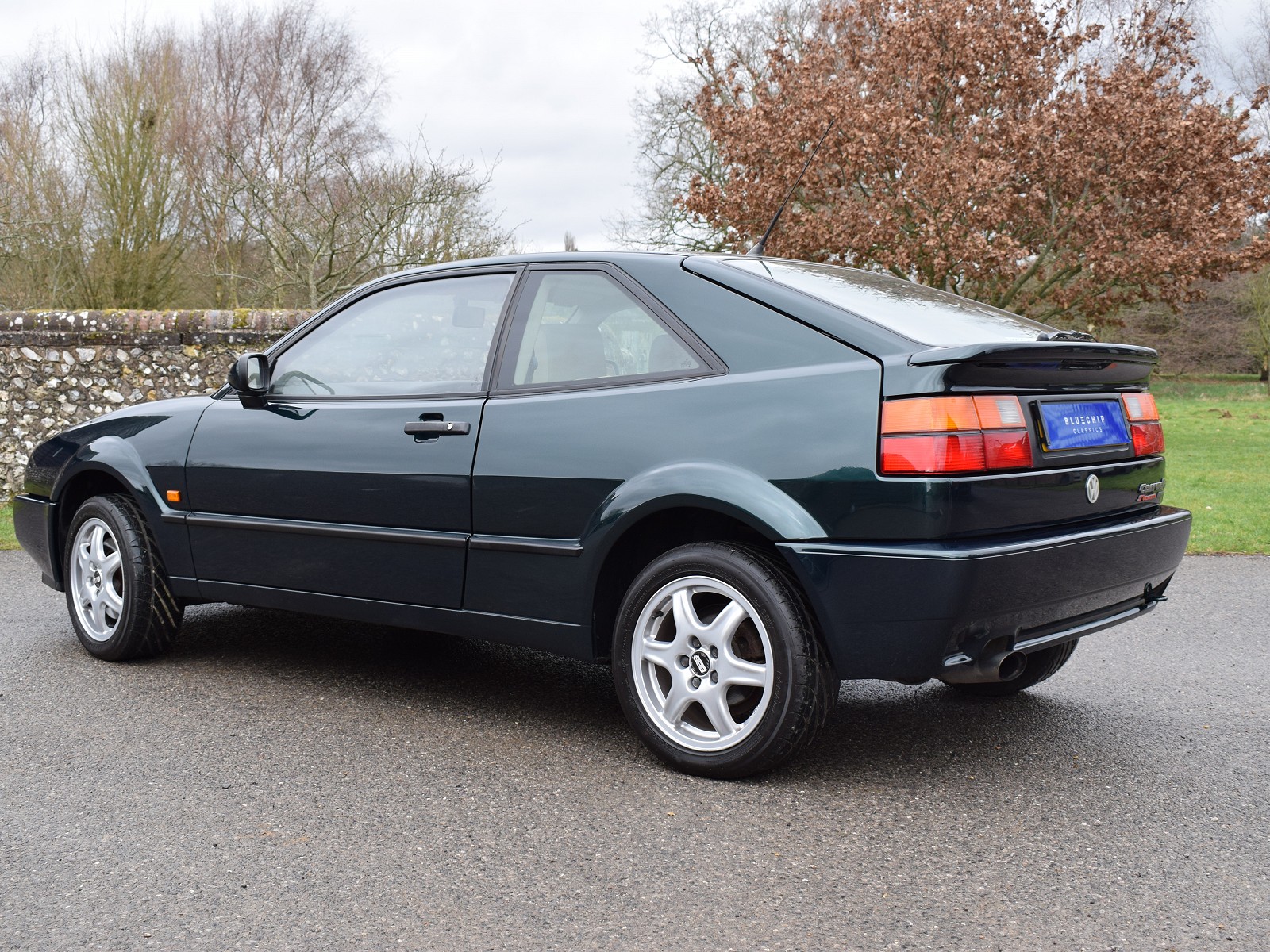 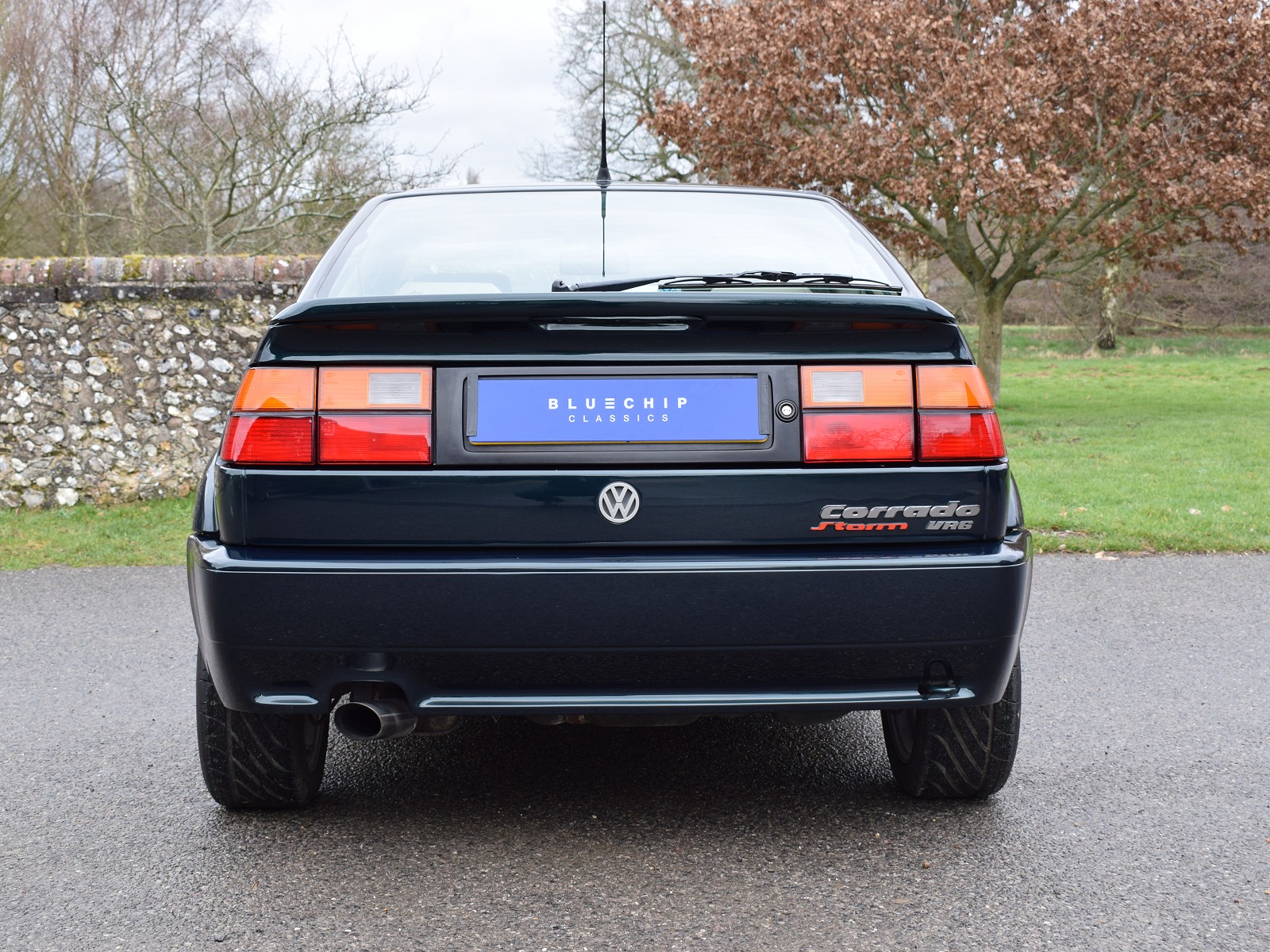 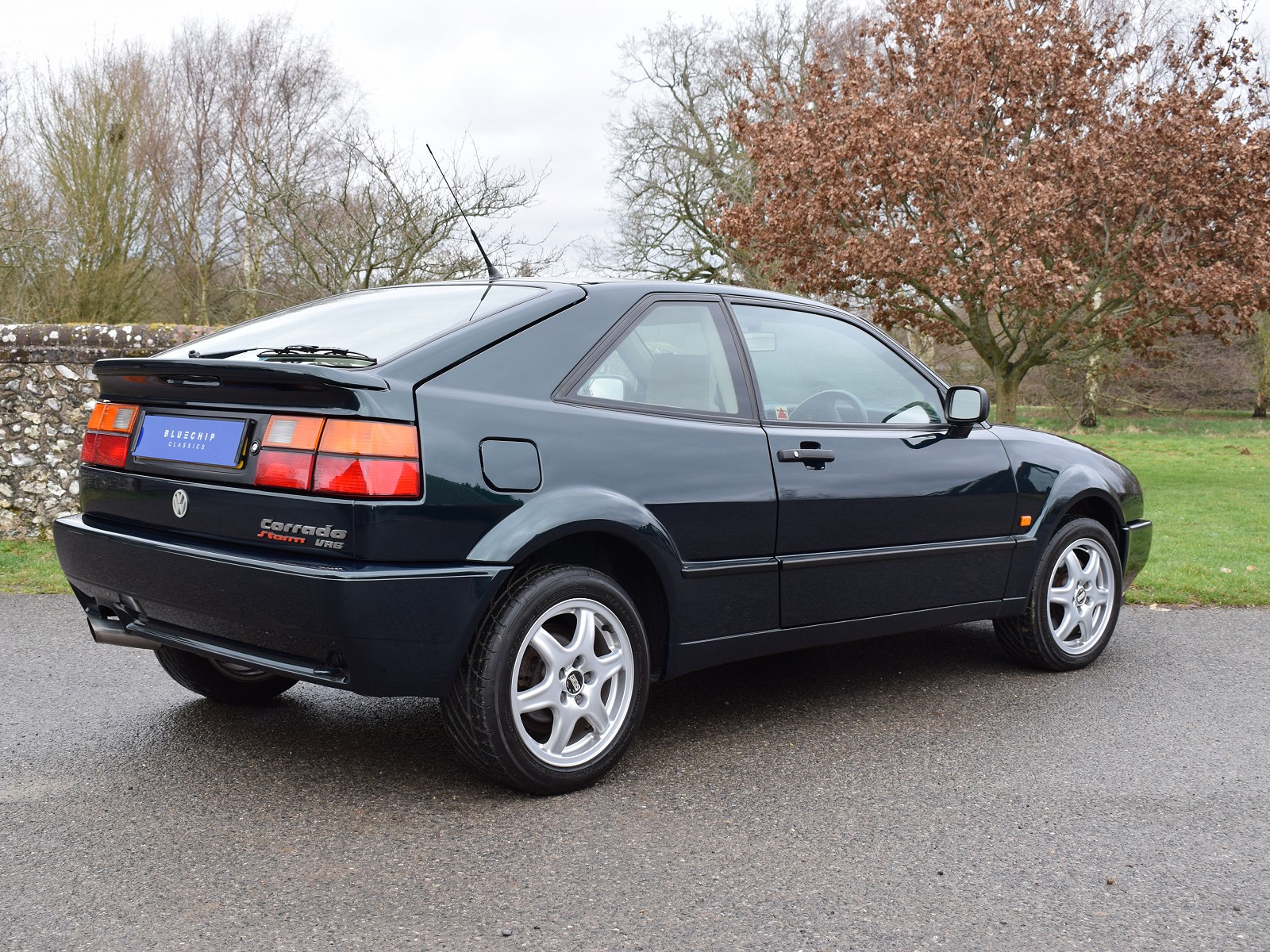 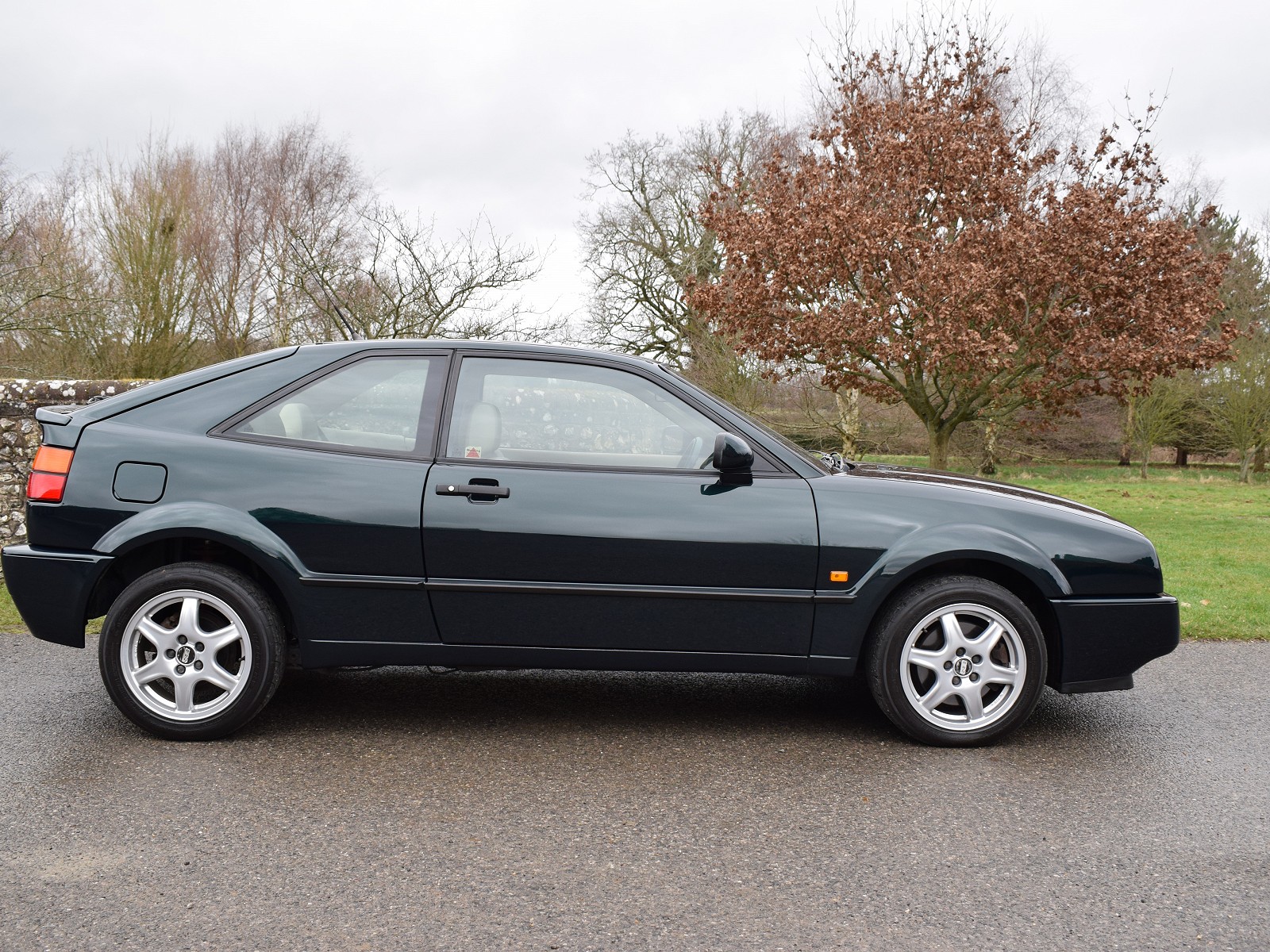 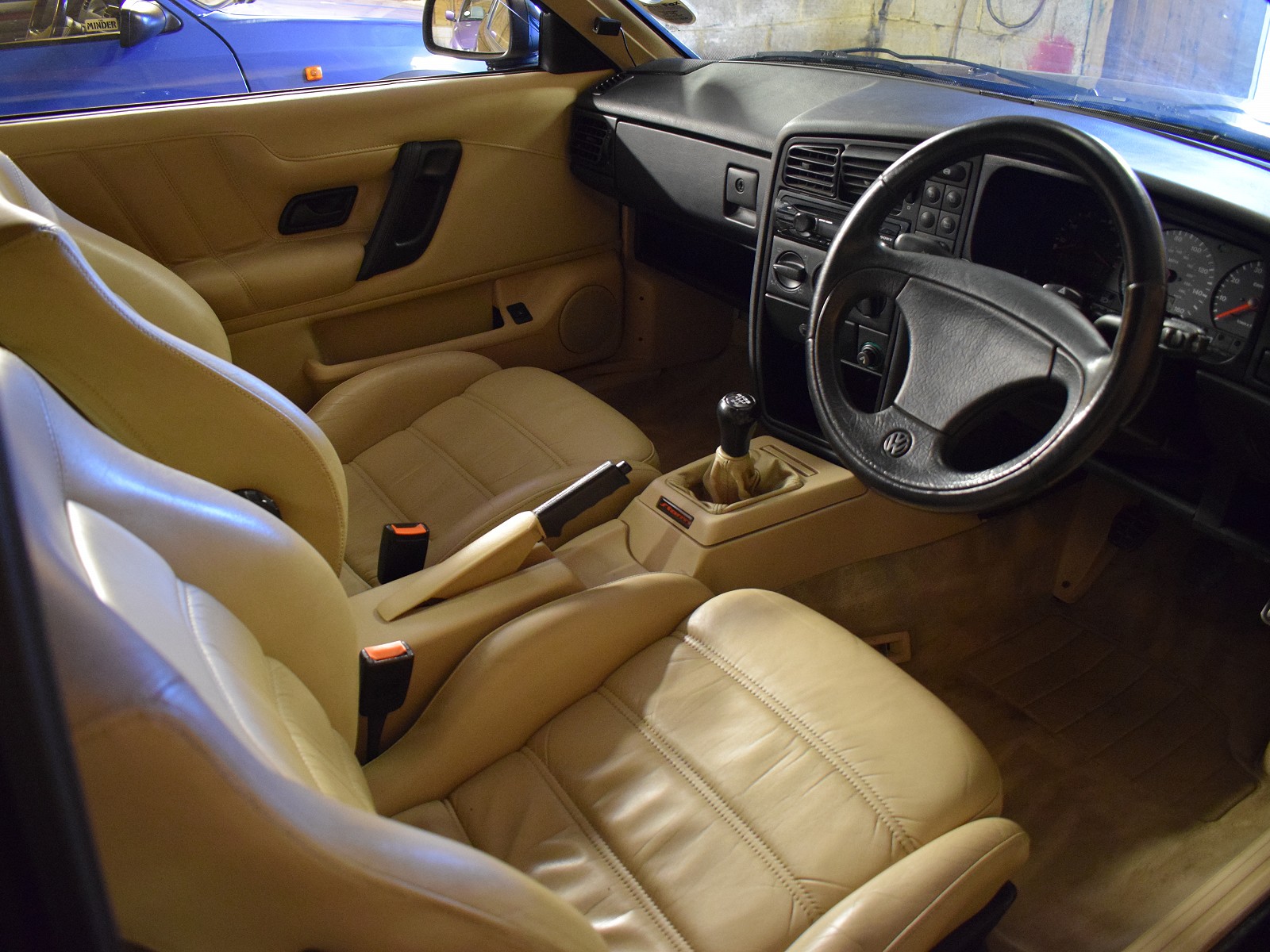 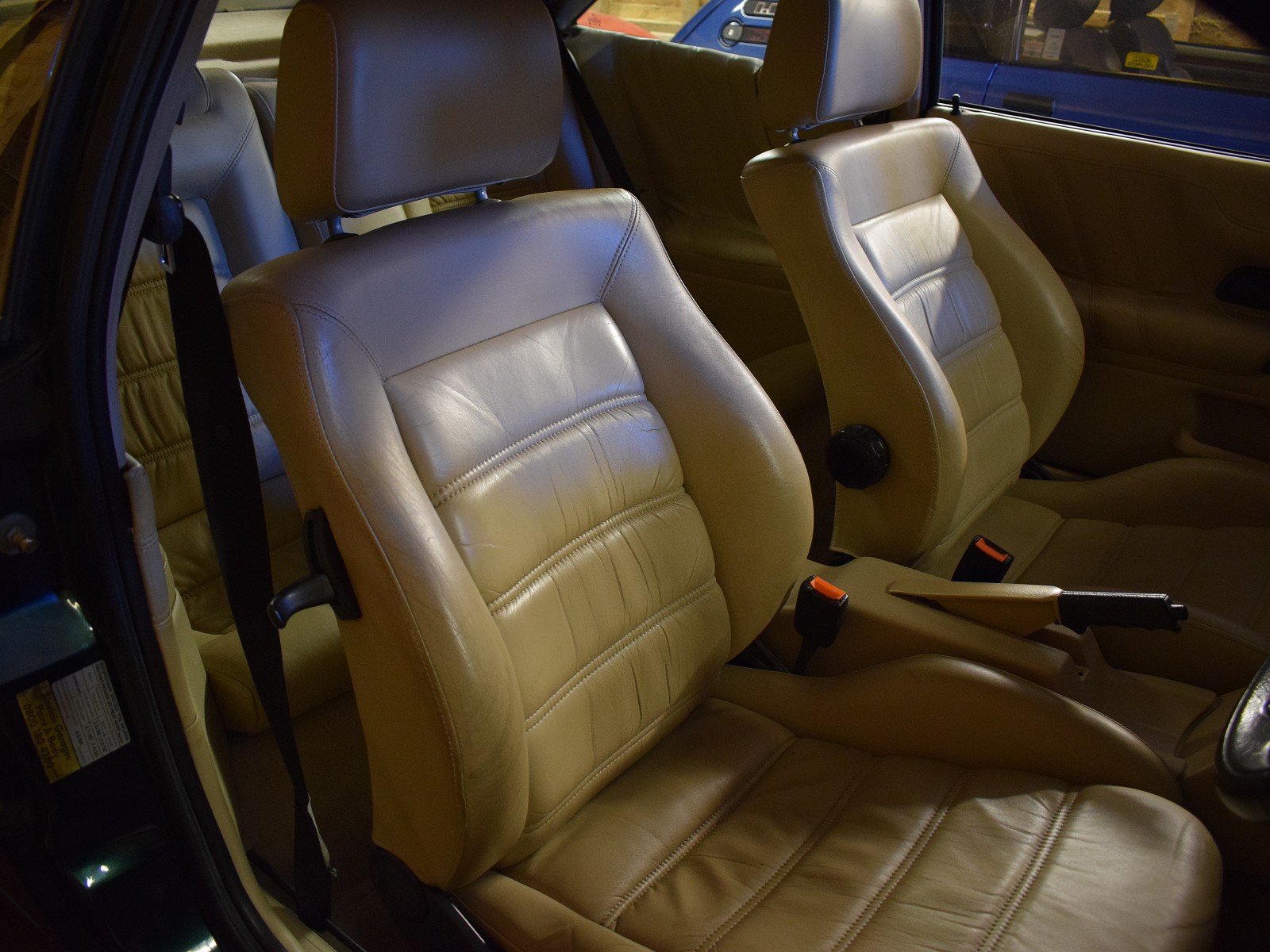 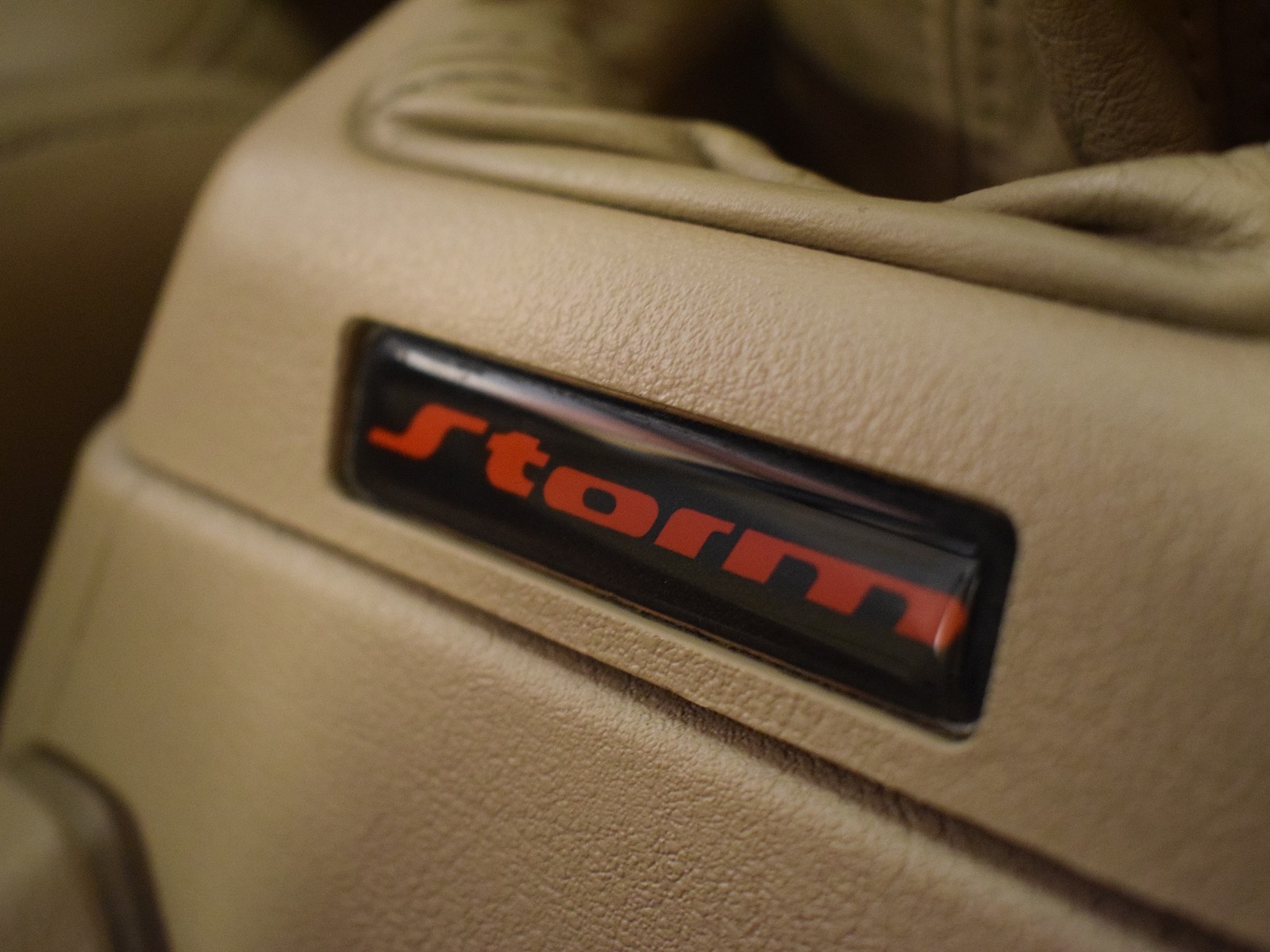 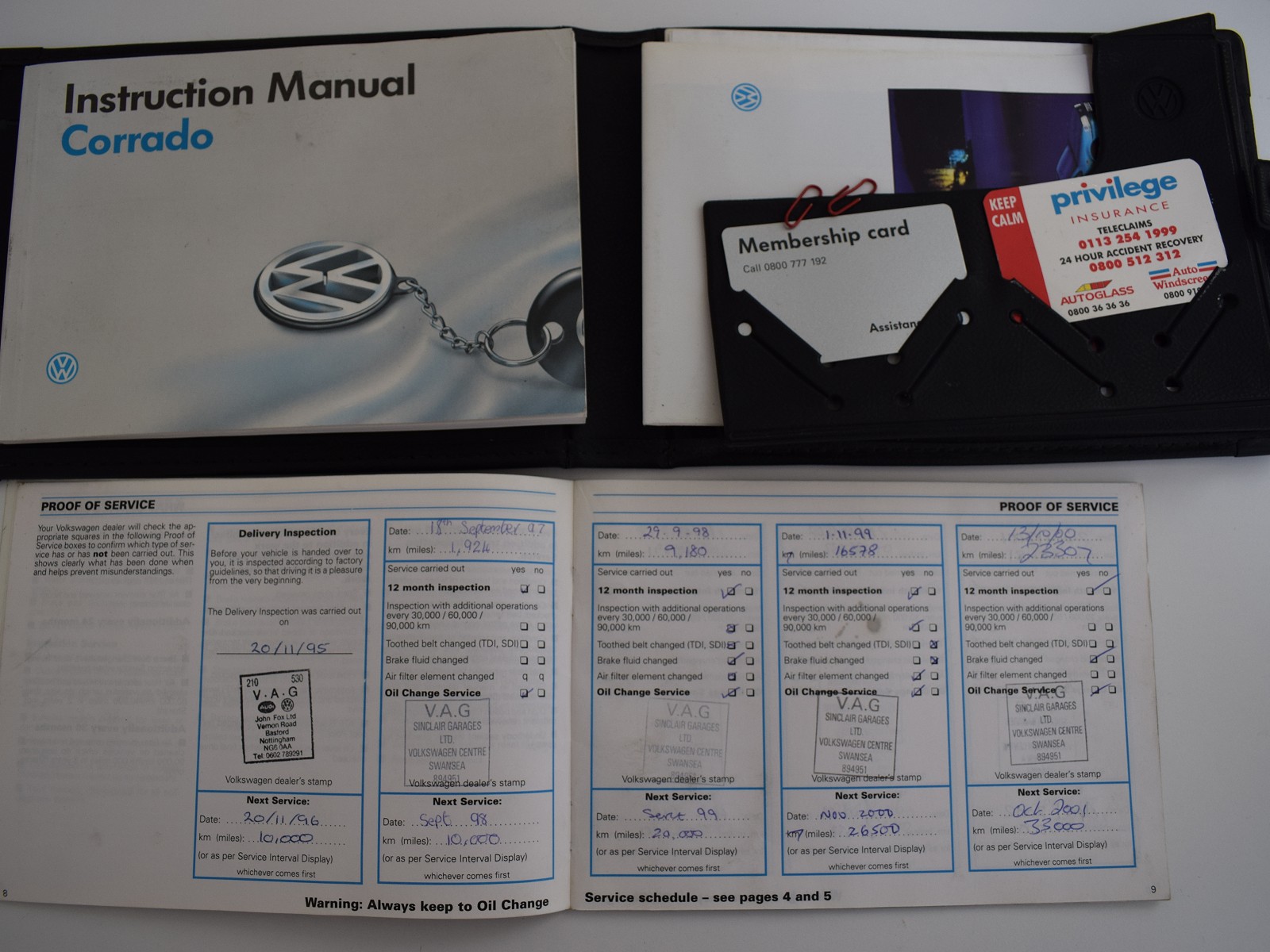 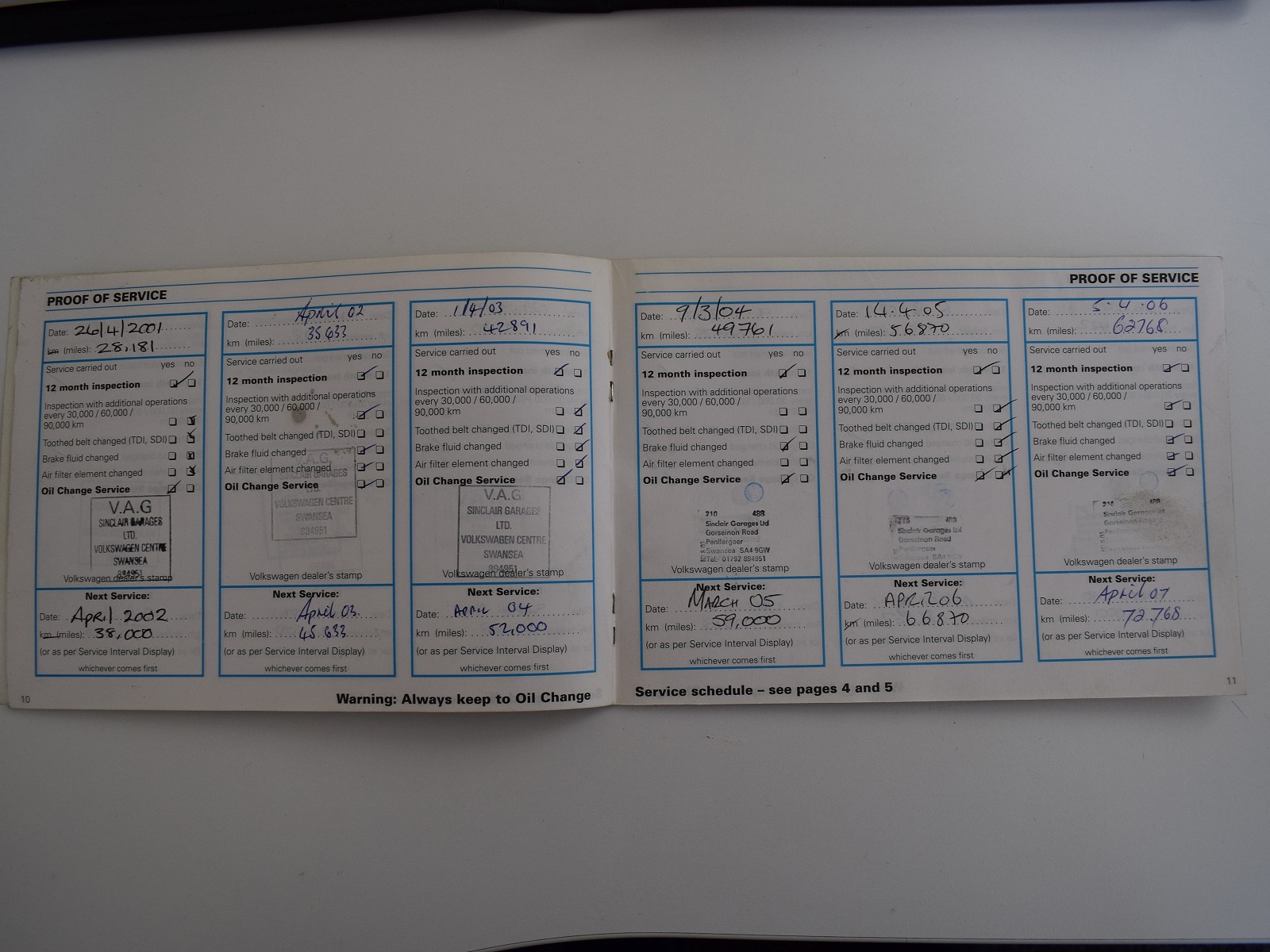 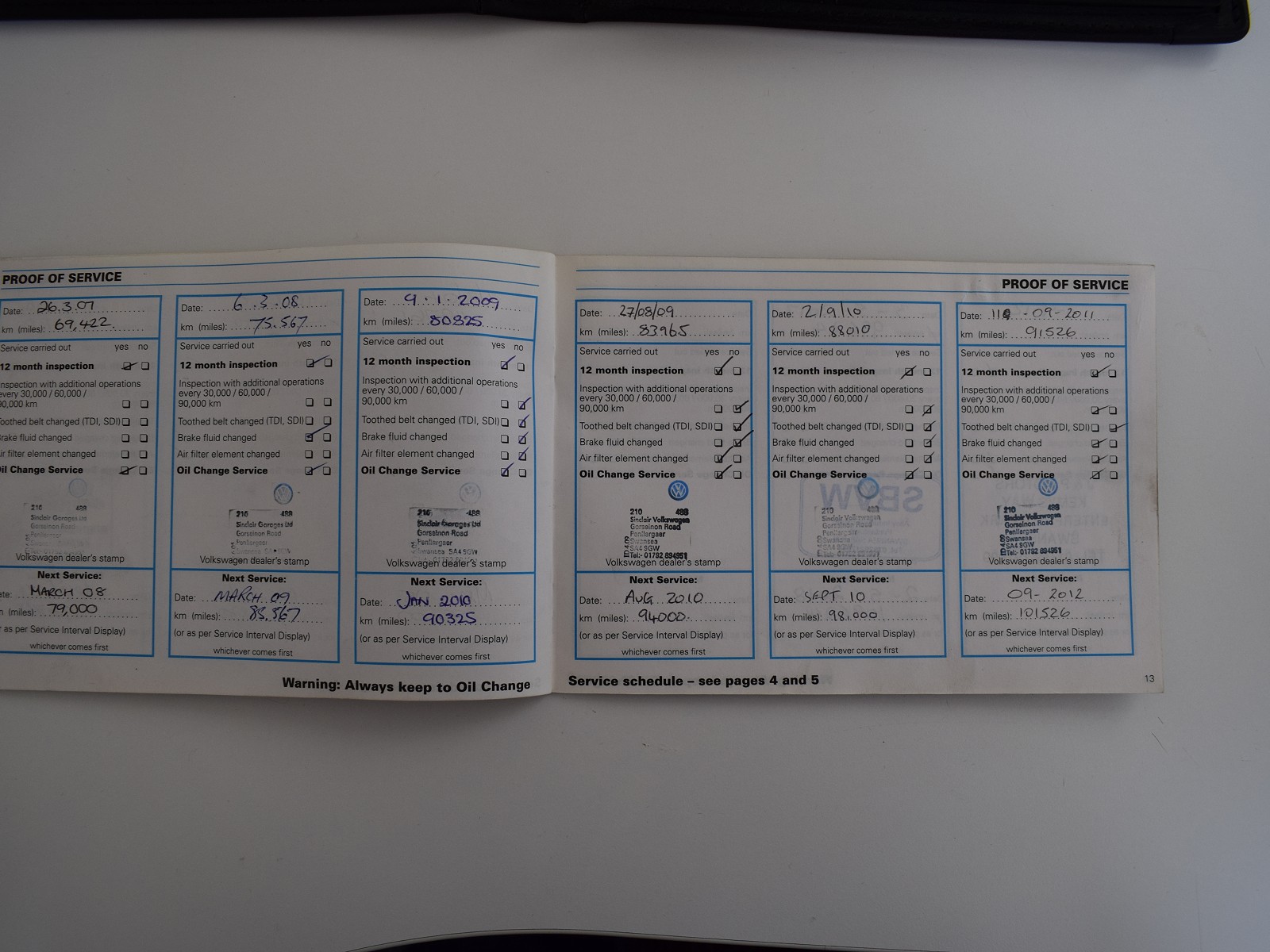 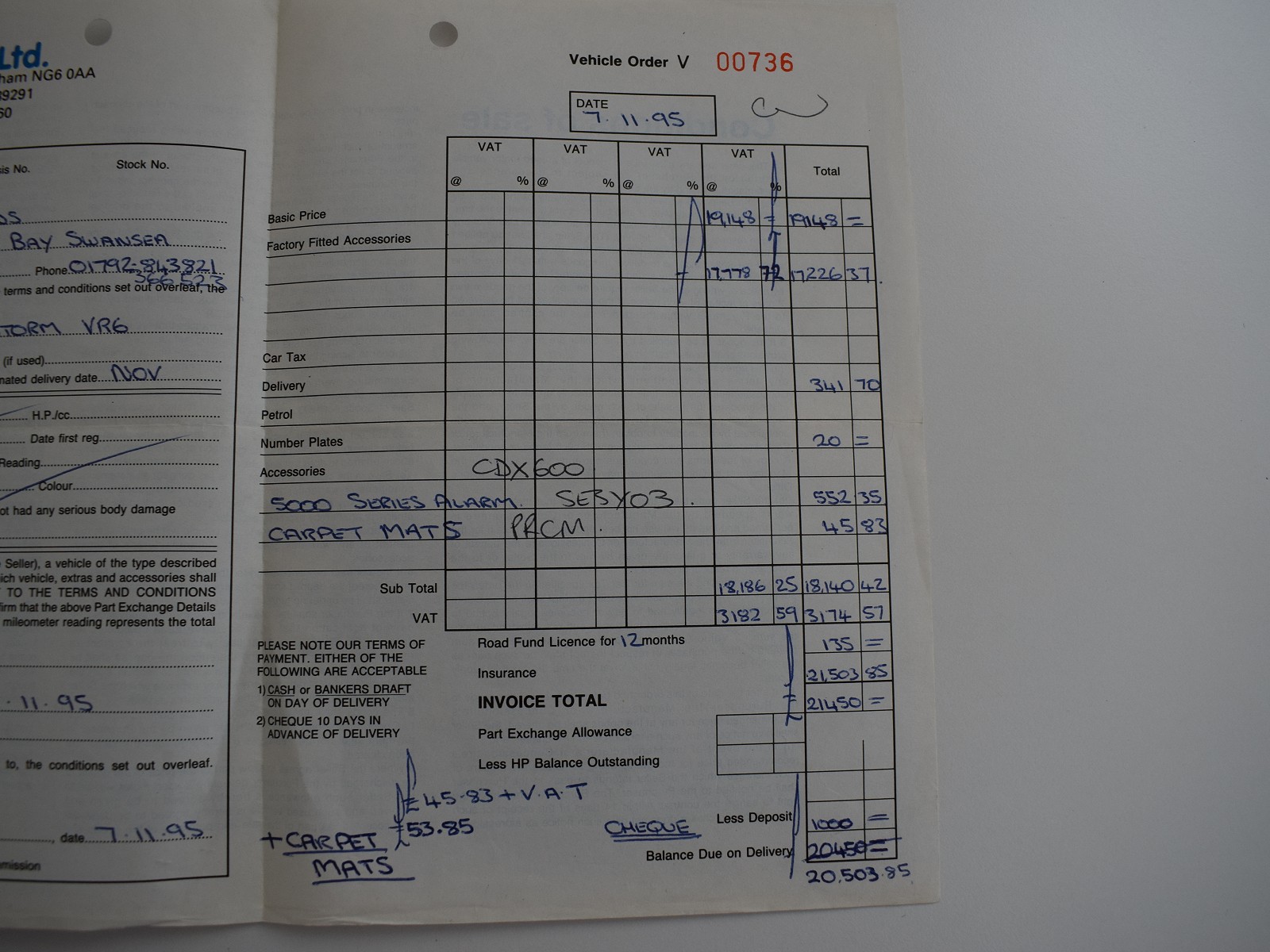 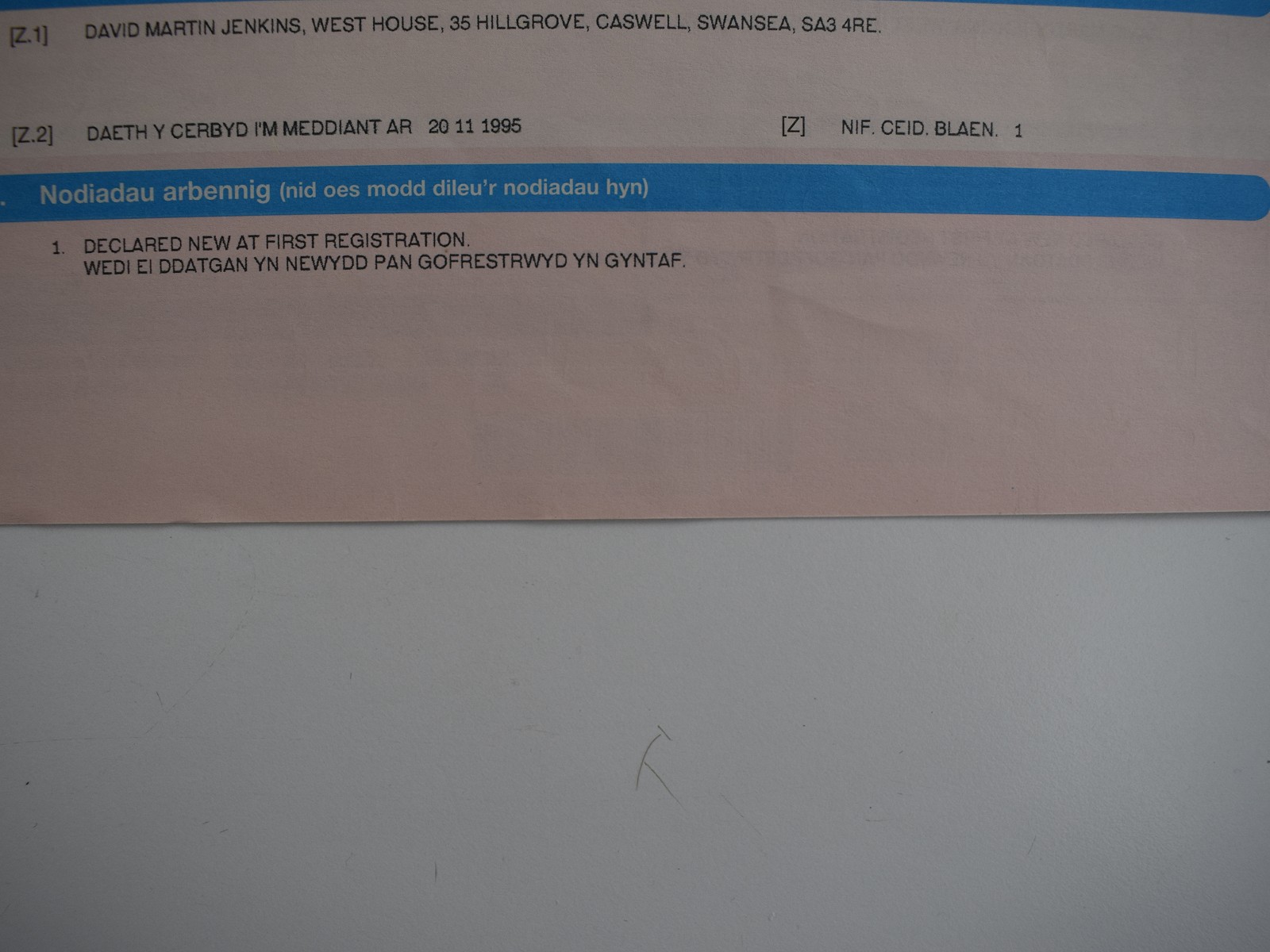 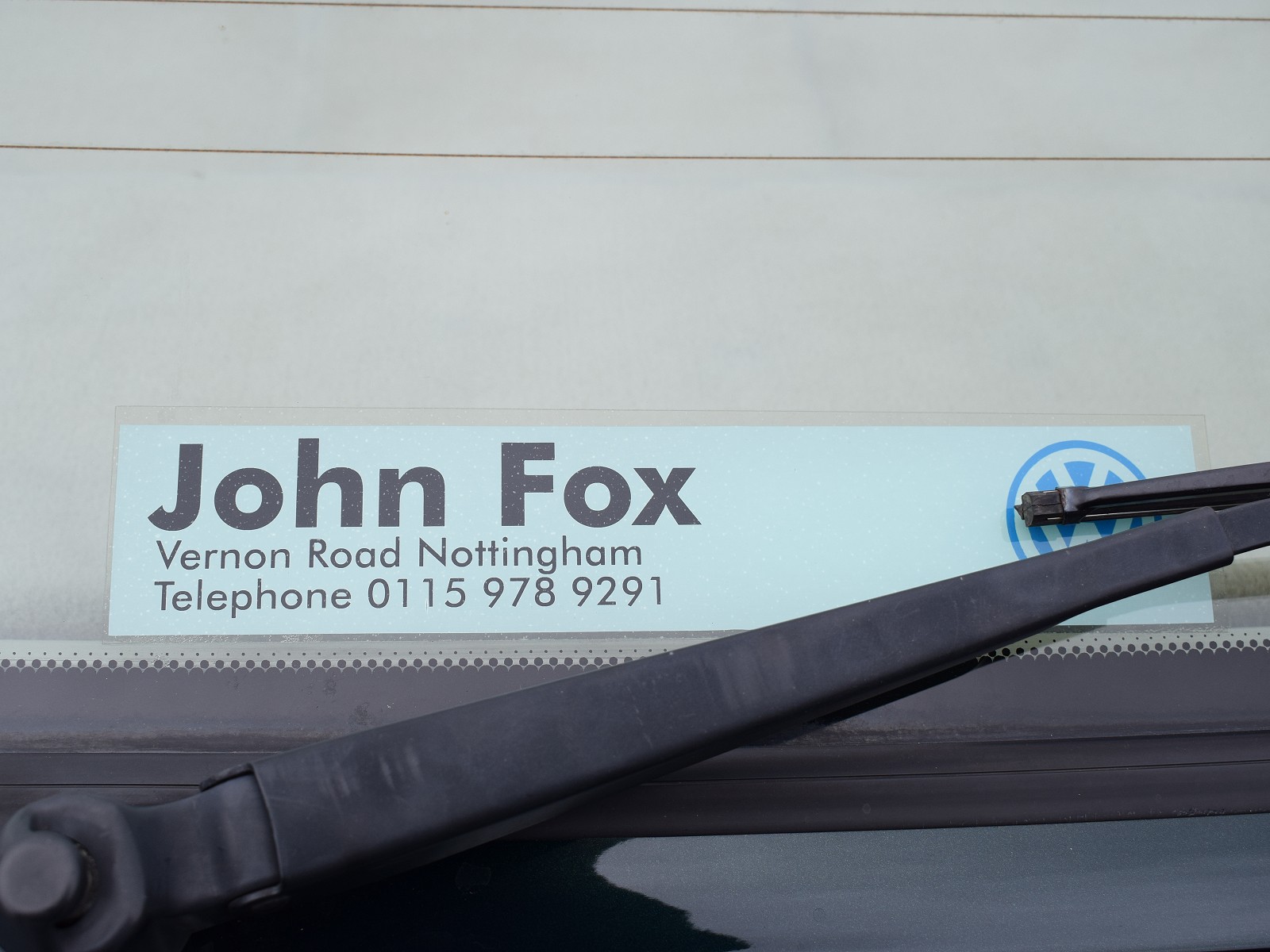 The VW Corrado was launched in 1988, initially offered with a selection of 4-cylinder engines.  Whilst contemporary journalists raved about the Corrado’s handling and engineering, the public response was less enthusiastic due to the relatively high list price.  In 1992, the Corrado became a bone fide sports cruiser with the addition of the VR6 engine.   This was a revolutionary development at the time, with its dimensions being more akin to a four cylinder than either V6 or inline 6 configurations allowing it to be fitted to relatively small platforms.

In 1995 the Corrado was phased out and despite not being a massive sales success, its inherent quality and capability meant future classic status was assured.   To mark the passing of the Corrado, VW launched the UK only Storm model of which 500 examples where made.  250 were finished in Mystic Blue with black leather interior and 250 in Classic Green Pearl with beige leather.

This example is one of the Classic Green models and was equipped with most of the Corrado options list ticked including heated leather seats, leather door cards, electric sunroof, electric windows, electric mirrors and of course the extendable automatic rear spoiler.

The first owner, Mr. J, had originally ordered his Corrado Storm from his local VW dealer, Sinclair Swansea, but it became clear close to delivery time that due to high demand his order could not be satisfied.  Sinclair tried to appease Mr. J with a highly specified Corrado VR6, but he wanted a Storm and as such went to John Fox in Nottingham to purchase his car.  The original purchase invoice is available and the car cost £21,500 in November 1995.

Mr. J kept the car until 2012 covering over 90,000miles, having it regularly serviced at VW Sinclair in Swansea (evidenced in the original service book), when he then sold the car to Mr. E also residing in nearby Port Talbot. Mr. E kept the car for 6 years during which time he only put 9,000 miles on the car taking it just over 100,000 miles making this a genuine 2 long-term owner car.

Upon first viewing, your attention is drawn to the lovely pearl metallic paint which holds a fine lustre.  The panel gaps are all straight and there are no obvious supermarket dings to spoil the flanks – naturally the car is HPI clear.  The BBS Solitude wheels, unique to the Storm, are in good but not fantastic condition but are shod with excellent Yokohama Parada Spec II tyres all round which offer great levels of grip.

When you step inside the car, you are instantly lifted by the bright trim and fittings.  The leather seats have stood the test of time very well, with only minor wear and certainly no holes or rips.  All the electrics work, including the sunroof and spoiler which are known problem areas on Corrados.

A twist of the key fires the sonorous VR6 in to life and all the dashboard lights go out as they should.   The selection of the gears is slick and the clutch is light and bites well.  When on the move, the car feels tight but not overly stiff but the real treat starts when the roads open up a bit. The VR6 engine seems to have an unusually broad torque wave and the engine note turns in to a lovely roar when the throttle is held wide open past 3000rpm.  It is a delightful experience which doesn’t get tiring and you are surprised at the turn of speed given its relatively modest 190hp output.

In preparation for sale, we have also carried out a comprehensive service including oil, plugs, leads, brake fluid and coolant over and above our standard PDI.   As with most older cars, it is not without some minor imperfections, but it must surely be one of the best examples for sale.  With low ownership, an average of 4k miles p.a. and excellent service record, we feel it represents great value in the marketplace.