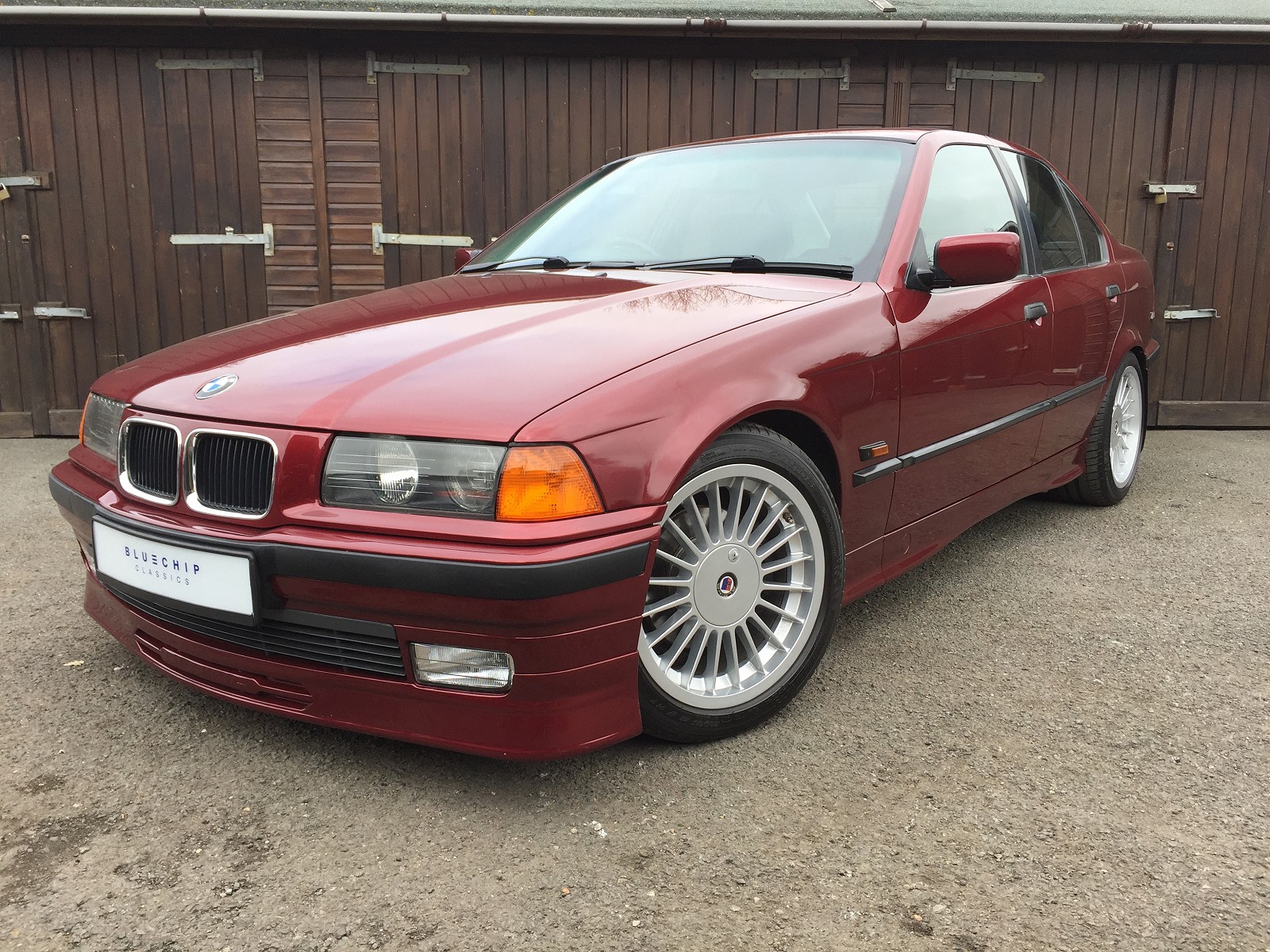 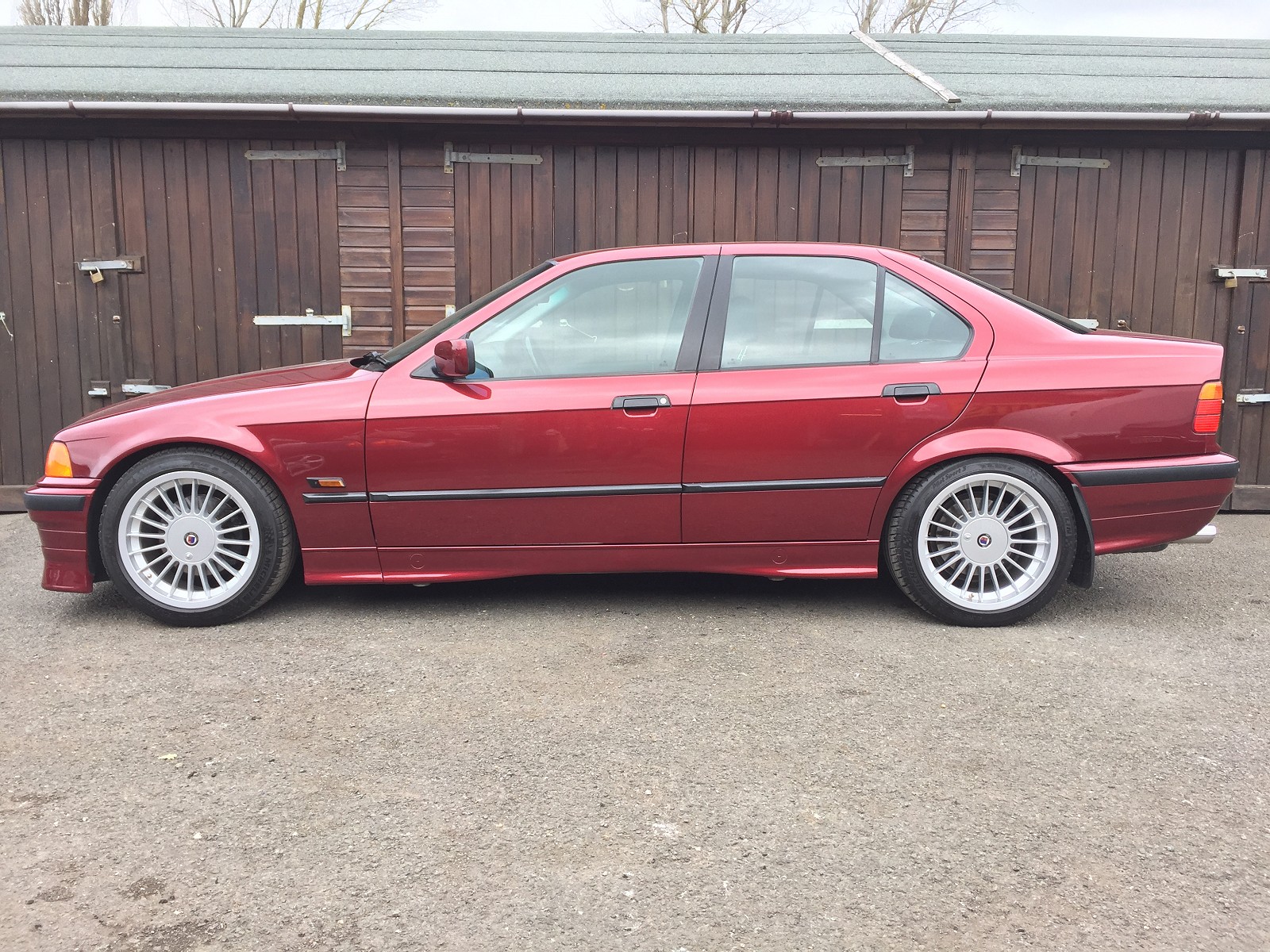 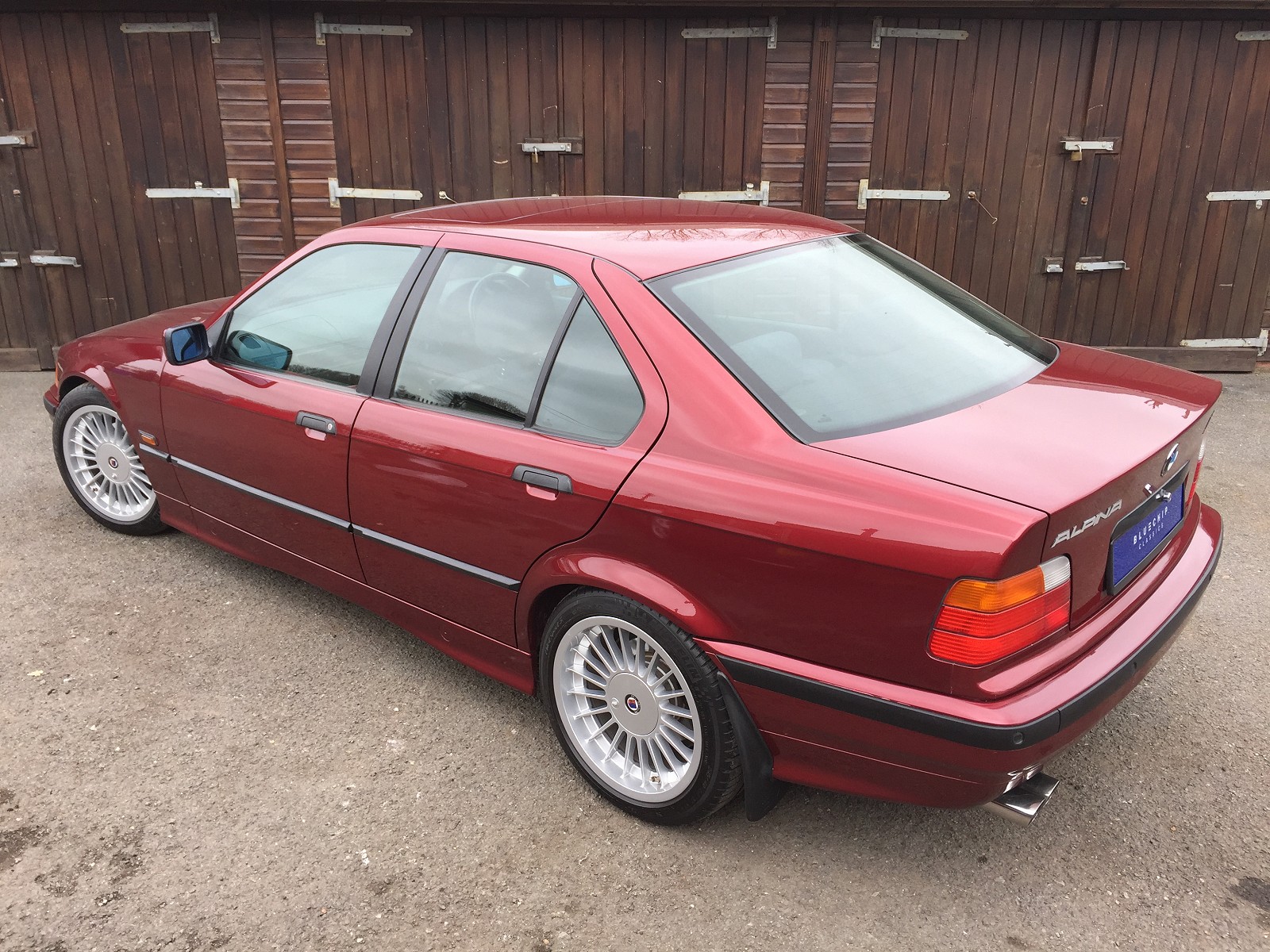 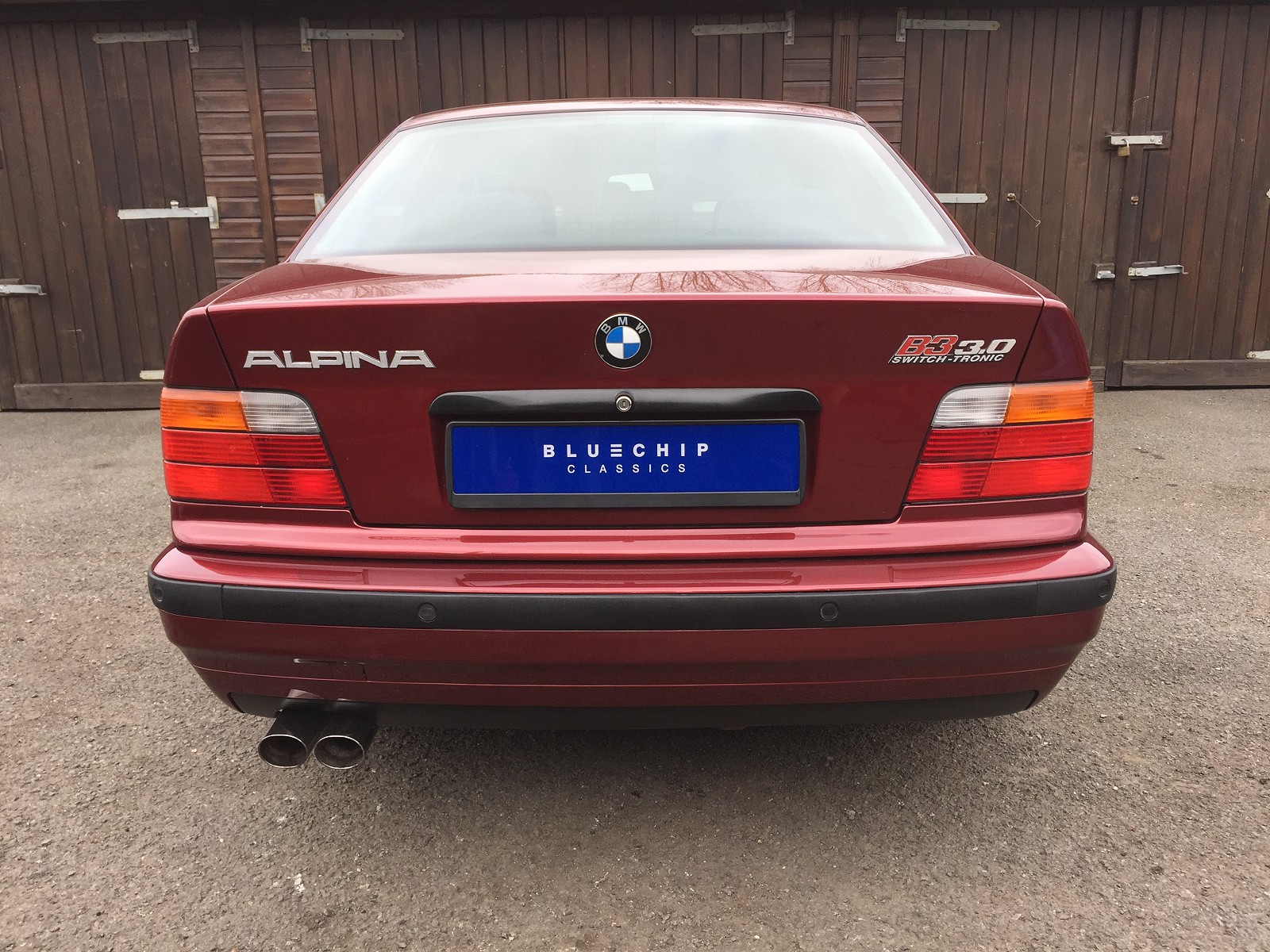 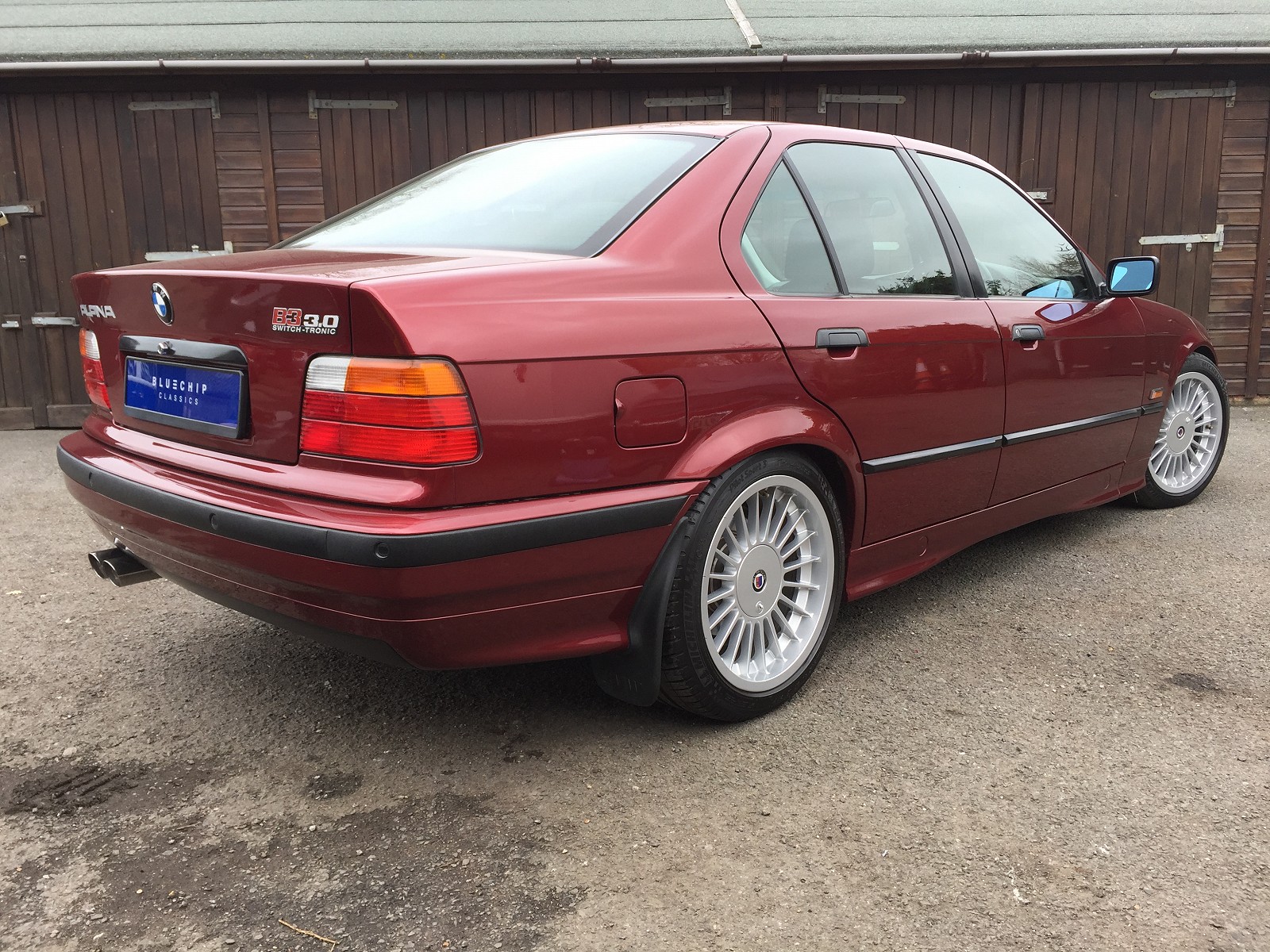 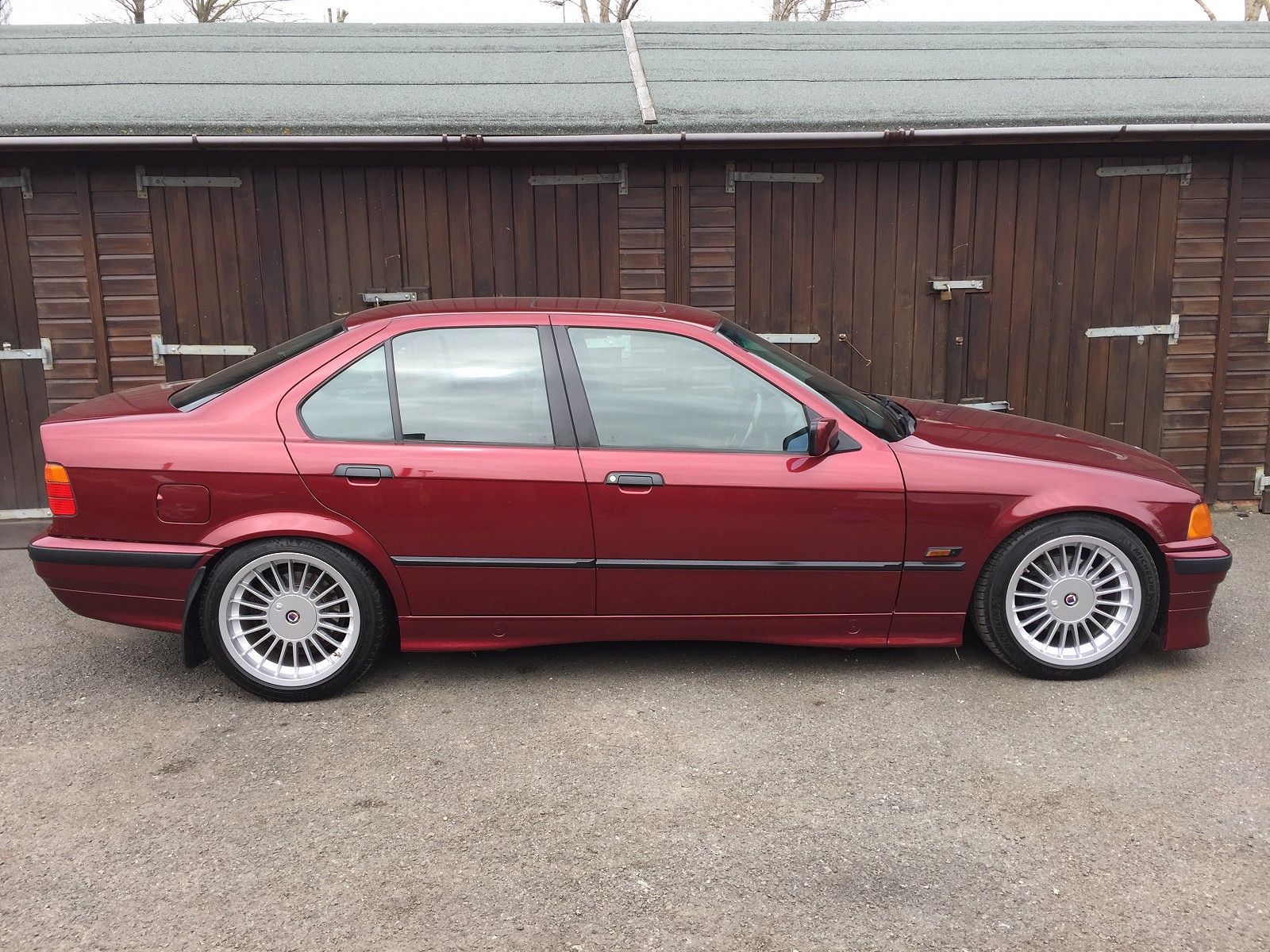 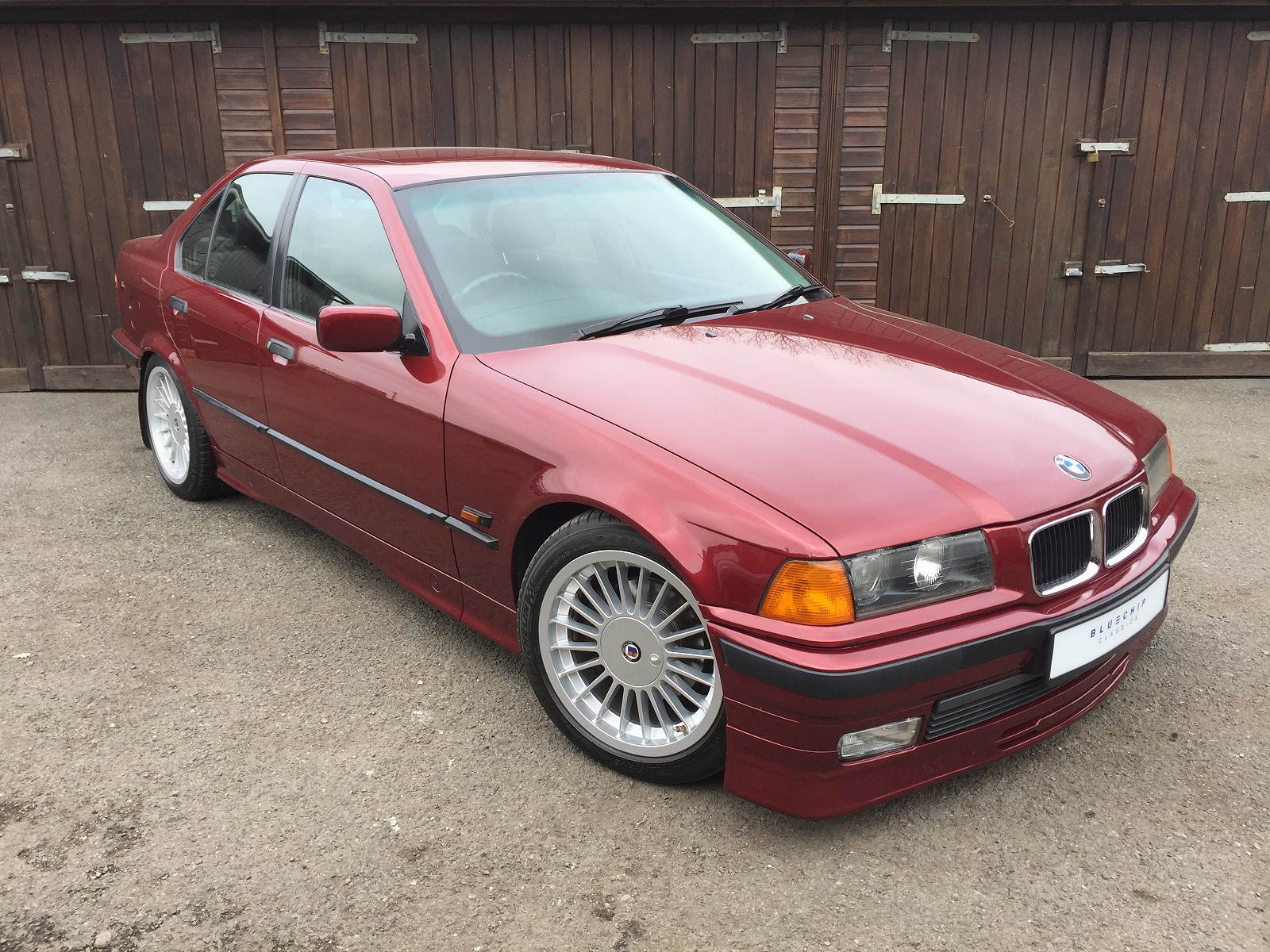 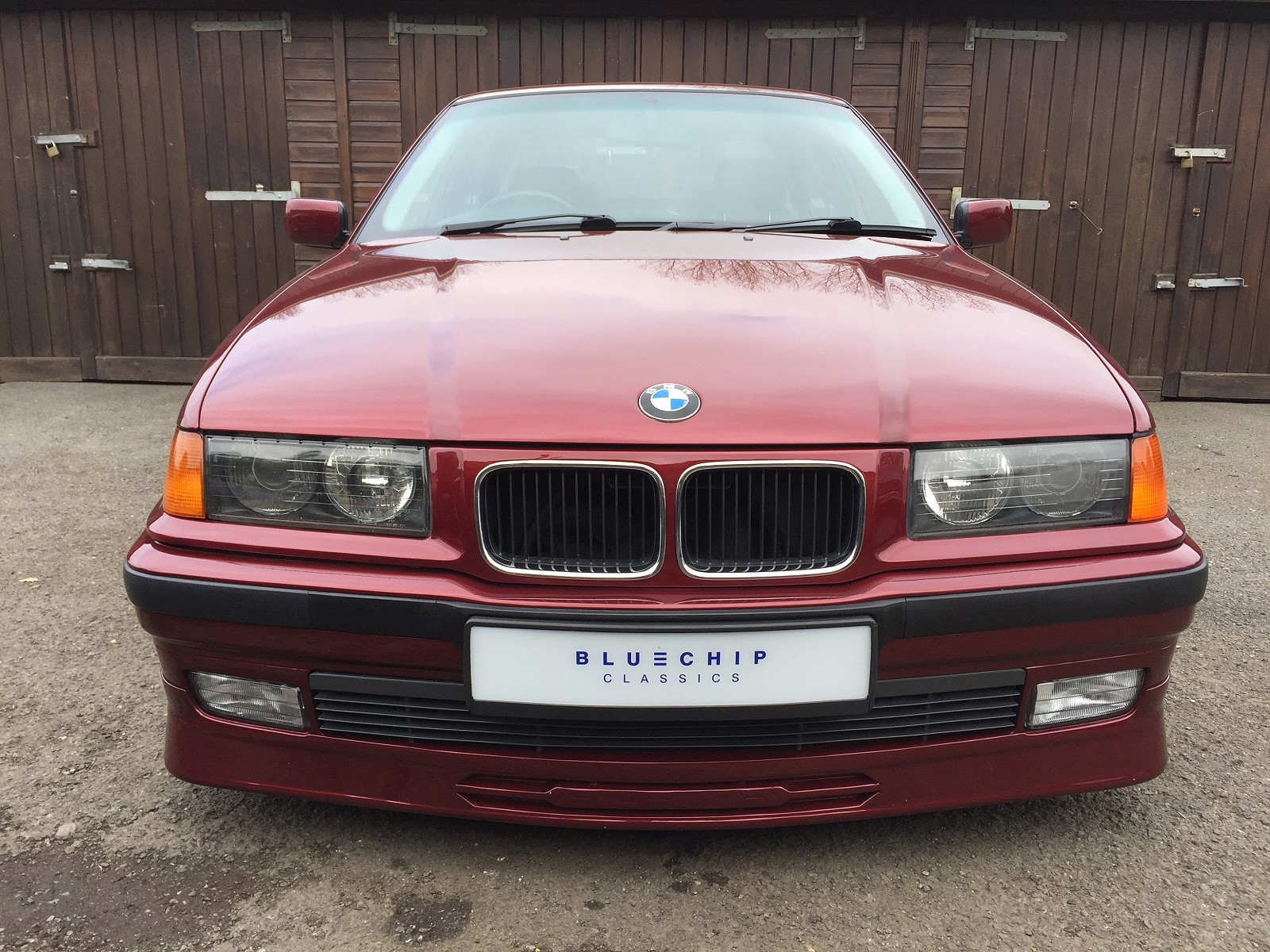 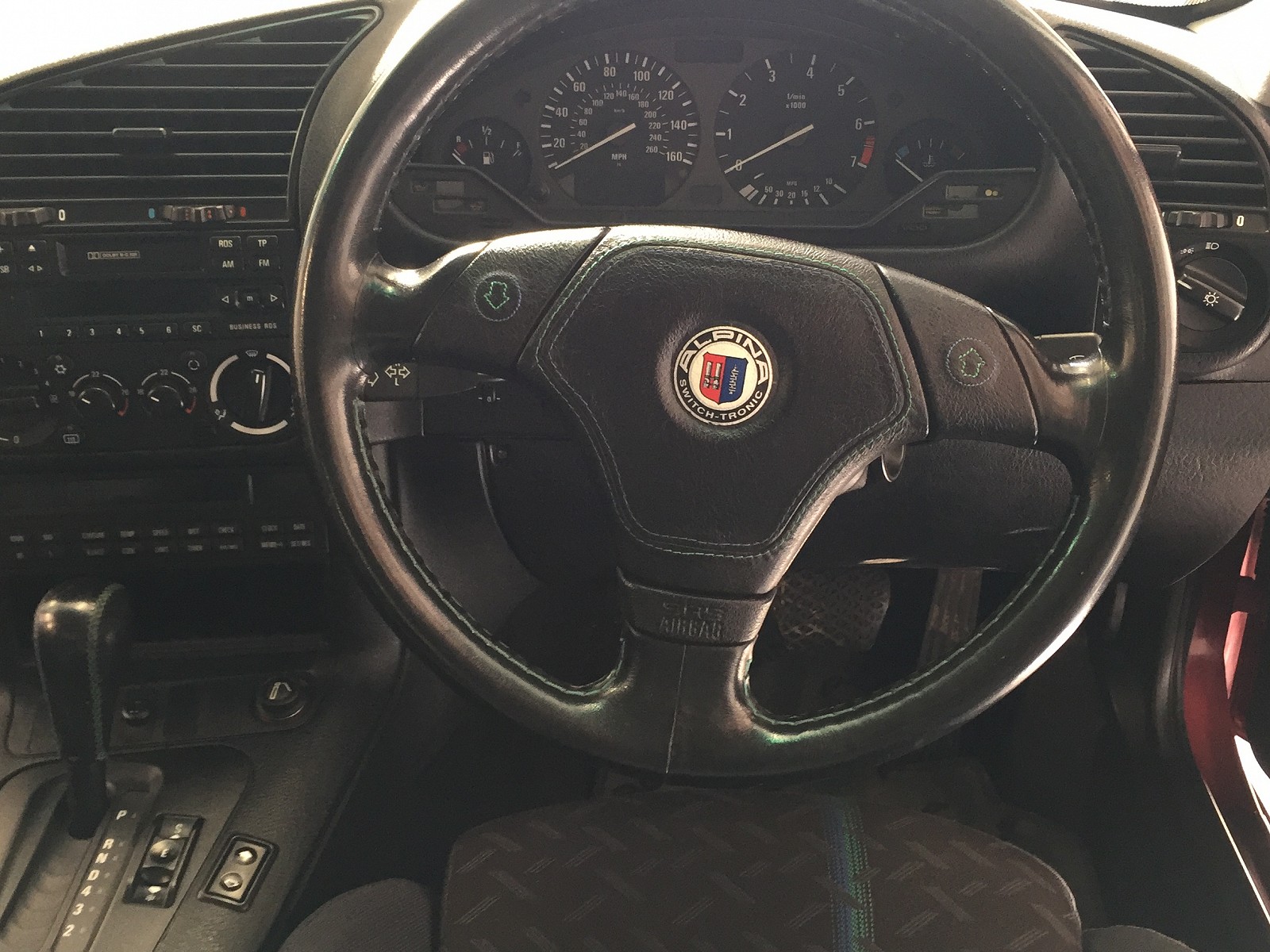 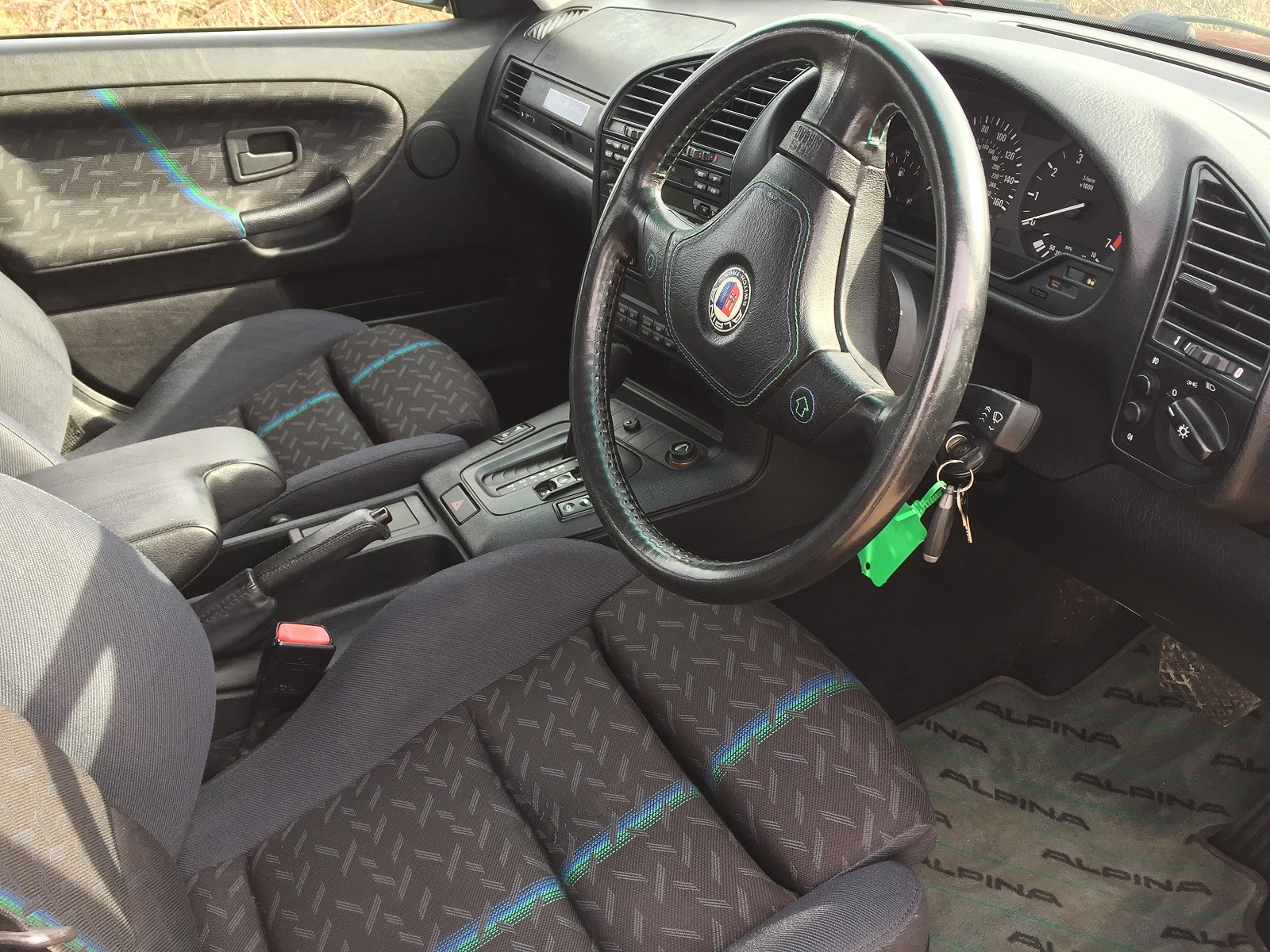 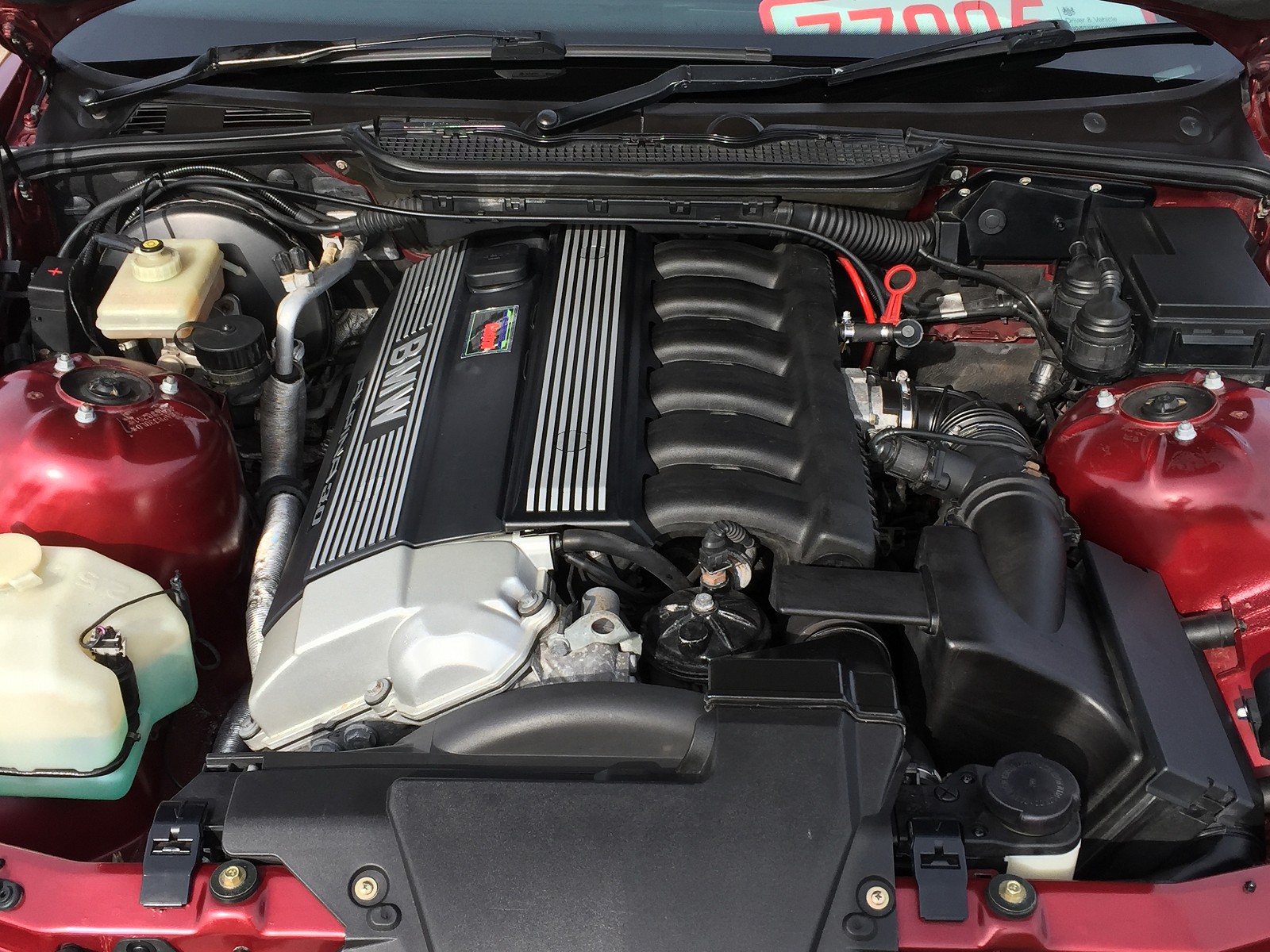 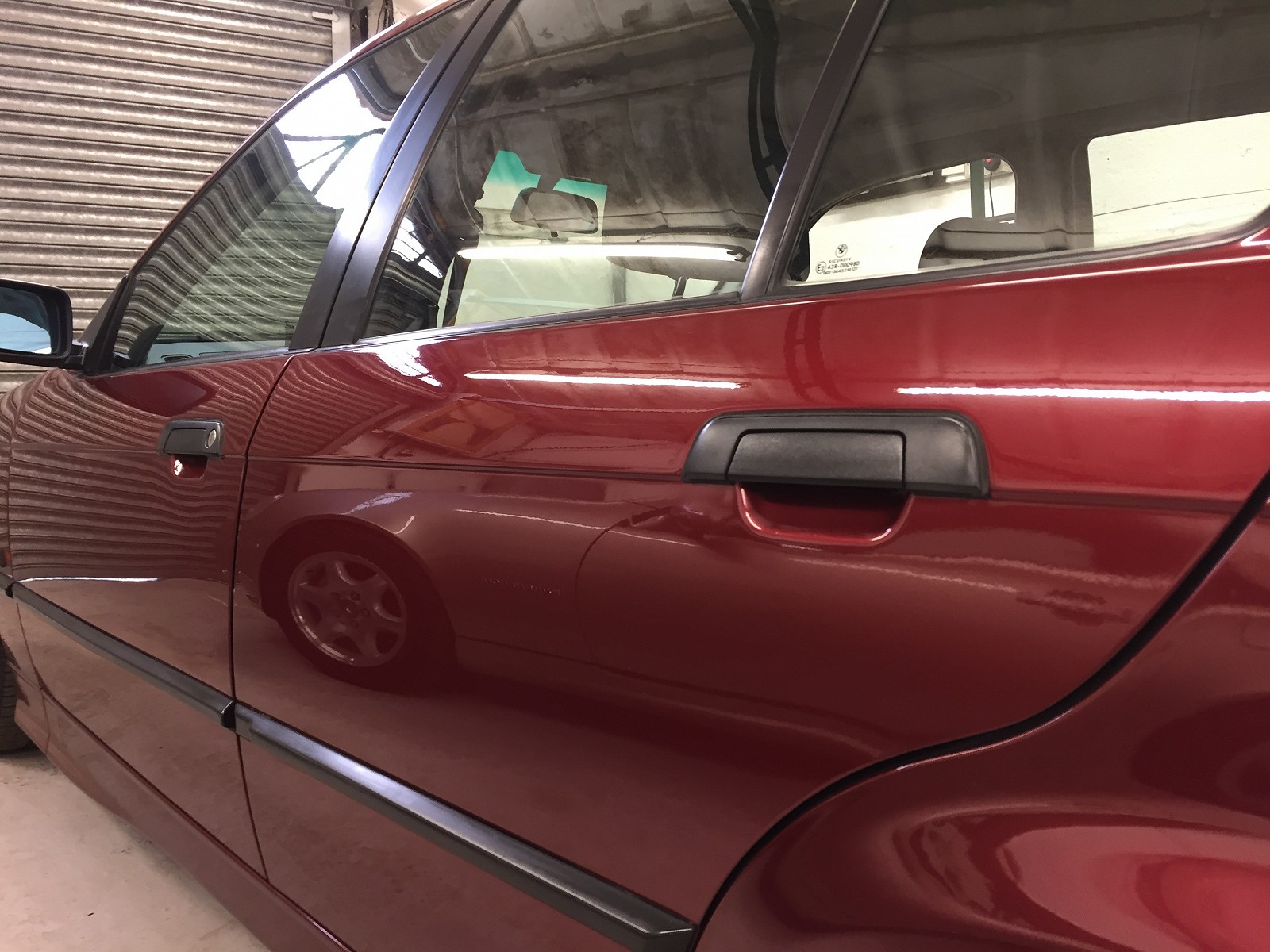 Alpina have been re-imagining BMWs for over 50 years with a consistent recipe focused on refinement and subtle elegance rather than out and out performance.  The B3 3.0 replaced the B6 2.8/2 and was based on the M50 engined 325i.  Through considerable mechanical rework, power increased from 192hp to 250hp and an M3 matching 320Nm torque.  Suspension was upgraded using Bilstein components to Alpina specification, a 25% LSD fitted and the traditional spoked wheels and deep chin spoiler also added.  The B3 3.0 was the first Alpina to be equipped with Switchtronic, with the ECU being reprogrammed for faster changes and change buttons sewn in to the bespoke steering wheel.

No.261 was first registered on 31st March 1995 by Cheyne Fulham, this car was registered to the Diamond Trading Company (a subsidiary of De Beers) for use by the Chairman, Nicky Oppenheimer.   The basic car was very expensive at £36,900 in 1995, but after options it cost an eye-watering £43,000 supported by the original sales invoice (£78,000 in today's money).  Mr. Oppenheimer kept the car for 9 years, during which time he became the Chairman of De Beers.

After this, the car was sold to a young employee of De Beers, Mr. Chapman, who kept it for a while but due to very high insurance premiums it was sold and since passed through 3 Alpina enthusiasts before arriving at the last custodian, Mr. Livermore.  He has carried out a great job of finding out about the cars early history and we have letters from both Mr. Oppenheimer and Mr. Chapman fondly recollecting their respective ownership of the car.

Mechanically the car is in fine fettle, with the engine providing strong performance without any untoward knocks or rattles.  The suspension feels taut and the car still has the original Bilstein set up and the brakes pull up strong and straight.

Inside, the car is in excellent condition, with highlights being the electric Alpina cloth seats and the additional VDO digital gauges which sadly no longer feature on later Alpinas.  All electrics work and all dash lights going out when they should.

The exterior is straight and the car has not been in any accidents (HPI certificate supplied).  The wheels are in excellent condition and shod with Michelin Pilot Sport 3s. The car has had paint in places for cosmetic purposes rather than accident damage.

It is rare to find any performance E36 with less than 100k miles, less so such a bespoke example - only 22 RHD B3 3.0 Saloons were ever manufactured, with no two having exactly the same specification.

If you have any questions or would like to arrange a viewing, please don't hesitate to contact us.